8-bit Dedede, Waddle Doo and Meta Knight raid the Badge Arcade today, as well as some of Kirby’s most infamous sub baddies.

Don’t forget, a bunch of Nintendo Badge Arcade badges clawed their way into some of the catchers this week! Sets include new launchers featuring the entrepreneurial hare himself, as well as various crane mechanisms, kiosks and banners. Joining them are the spooky spectres of the Yo-Kai Watch series, as well as a few sets of Monster Hunter catchers. 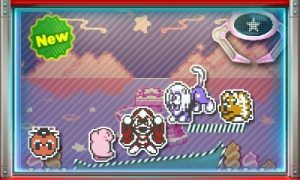 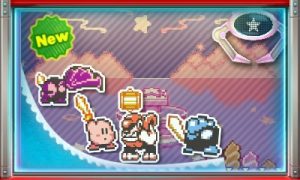 In the words of the late David Bowie, let’s dance!

A single catcher of Poogie and Felyne badges from the Monster Hunter is riding its Rathalos south for the winter.

Finally breaking the monotony of the same handful of exclusive themes cycling in and out of the Arcade is a brand new, never-before-seen offer! From now through January 12th at 2:00 a.m. PST spend $2 on ten plays to secure this Nintendo Badge Arcade home theme: perfect for this week’s bunny badge bonanza.

THANK YOU PROMOTION: NO

There are no Thank You badges being offered this week.