Super Mario Run represents a lot of firsts for Nintendo. Not only is it the company’s first real mobile game, but it’s also Nintendo’s first effort as a third party developer. This is a company that has always been very protective of both its hardware and software; so the idea of Mario, its most beloved character, making the jump to a non-Nintendo platform is both exciting and terrifying for longtime fans. Well aware of this, Nintendo has gone to great lengths to craft an experience that feels right at home on mobile by taking smart advantage of the hardware while carefully distinguishing itself from Mario’s everyday adventures.

Nintendo’s approach to mobile has been an interesting ride, so far. Watching the odd social experiment that was Miitomo debut to middling engagement and reviews earlier this year didn’t inspire a whole lot of confidence in what might follow. Then over the summer, Pokémon GO (which Nintendo did not help develop) briefly took the mobile world by storm, gaining a massive global following and raking in huge profits and brand growth for all companies involved. Engagement has since simmered back down to more reasonable levels, but the app is still enjoying great success. 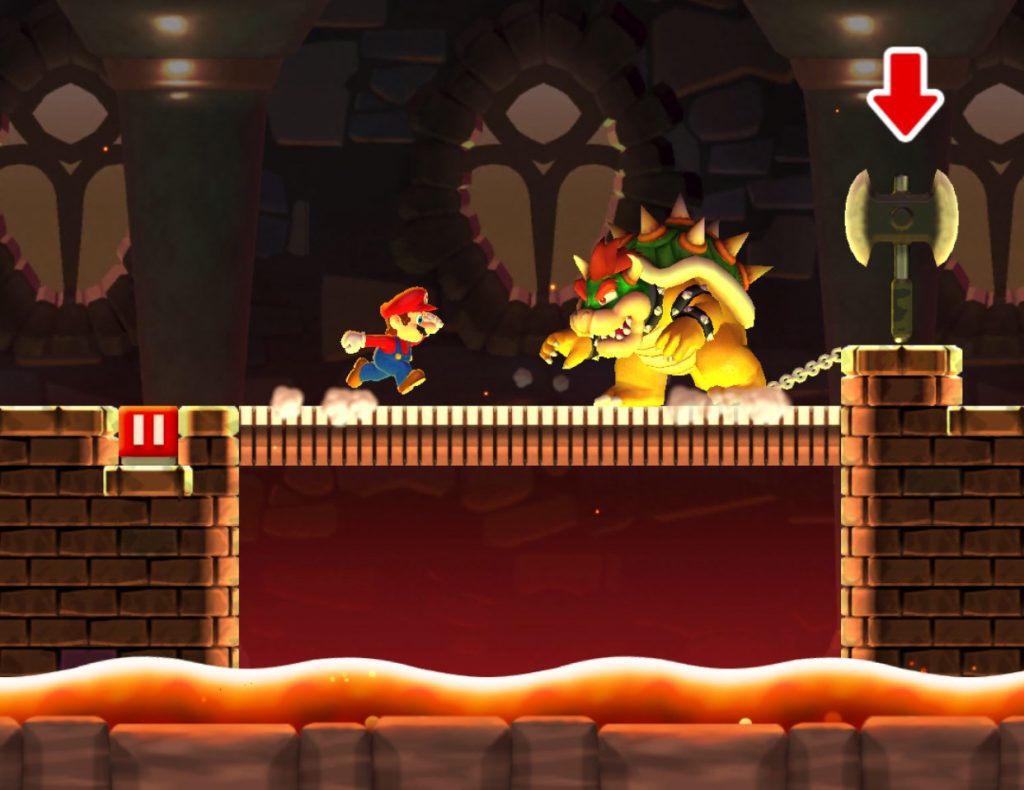 Then along came Mario. The surprise announcement of Super Mario Run at Apple’s iPhone 7 event in September was, at first, a bit confounding. Not one of the few mobile titles that Nintendo had previously announced to be in development(Animal Crossing and Fire Emblem), Super Mario Run seemed more like an abrupt change in plans than a carefully considered part of this mobile advance. Suddenly, testing the waters with lesser known characters and franchises was out the window, Mario would have the honor and burden of leading Nintendo’s mobile charge.

The goal for all of Nintendo’s mobile experiences, as stated by many of the company’s executives over the past few years, is to engage a larger audience with its characters and properties and point them toward Nintendo’s hardware. Super Mario Run effectively fulfills this promise by offering an experience that is free to try, fun and easy to play and in no way threatens to displace Mario’s past or future on dedicated Nintendo hardware.

Platforming on a new platform

Three months ago, I would have scoffed at the idea of playing a Mario game with nothing but a touch screen for input. And yes, that includes the “endless runner” genre that’s all too prevalent on mobile devices already. There have been some fantastic mobile platformers, like Rayman Jungle Run; but the exceptional ones are very few and far between. With the first showing of Super Mario Run, and the slow trickle of details and demonstrations that followed, it became quickly apparent that if anyone could make platforming feel great on mobile, it would be Nintendo.

Technically, you could call Super Mario Run an endless runner. Mario is almost always running to the right, he can even deal with small obstacles and basic enemies on his own with some new maneuvers, like hops and vaults. Anything beyond that, though, will require some carefully timed tapping on your part. Tapping anywhere on the screen will make Mario jump, and, as in most of his adventures, the longer you hold your thumb down, the higher he’ll go. A midair tap will provide a little extra hangtime with a quick twirl. These are literally the only inputs at your disposal in Run. 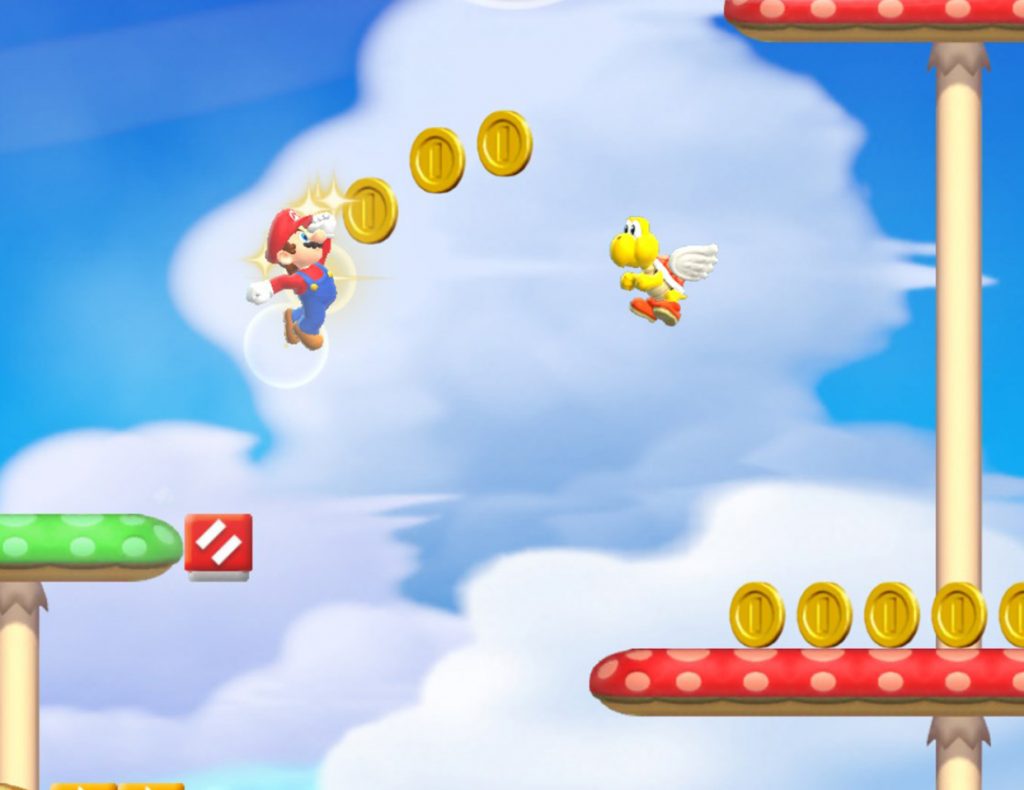 Don’t worry, though. Thanks to some smart interactive objects and obstacles in the levels, as well as a handful of Mario’s tried-and-true power-ups, the gameplay always feels plenty engaging. Wall jumps can push Mario backward and upward, allowing him to reach places he couldn’t if left to his automatic marathoning, and he can grab ledges and pull himself up if a jump comes up a little short. There are also a variety of blocks that affect Mario’s behavior when he runs across or jumps off of them. Pause blocks will cool his jets for a moment, giving you a chance to look at upcoming obstacles and time your advance or plot a course forward, and a set of forward and reverse blocks will send Mario vaulting forward or backward when he leaps off of them. You’ll also find cannons, springboards, and spots where Mario can cross hand over hand on bars hanging overhead. These simple elements, along with many traditional Mushroom Kingdom obstacles, baddies and pitfalls are used to create a fair number challenging and interesting levels.

When you download the free version of Super Mario Run, you’ll have access to the first of six worlds, each with three levels and a boss stage. Unlocking the full game will cost you a flat rate of $9.99. Aside from the many platforming challenges and enemies, levels are also filled with a selection of power-ups and plenty of gold coins to grab. You’ll find mushrooms in question blocks, along with the occasional star that not only grants Mario temporary invincibility, but also makes him a coin magnet, allowing you to collect some of the scattered pocket change that you might otherwise miss. There are also transparent coin blocks with arrows on them that send out a line of extra coins for Mario to grab as he runs by. Sometimes these are just here to fill in quiet parts of a level, but they’re also often used to point you in the direction of something interesting. 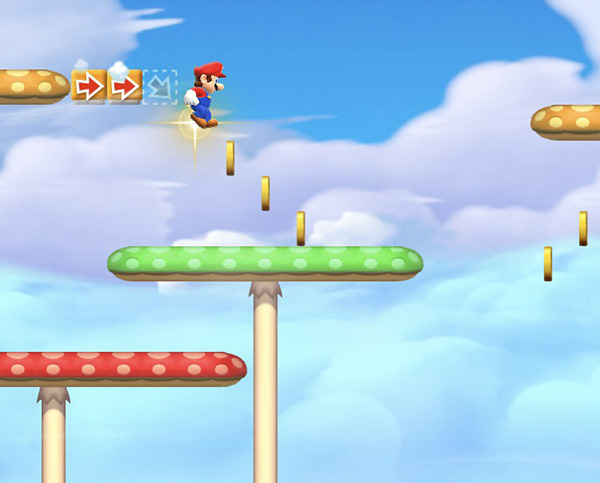 Yes, even though you don’t have full control of Mario this time around, these thoughtfully crafted levels still hold plenty of secrets. For starters, each level has a set of five pink coins to collect. These are generally not too obscure or hidden, but might take a few attempts and a little exploration to gather. If you manage to gather all five coins in a single attempt, you’ll gain a few rewards, and the next time you play the same stage you’ll be looking for a set of purple coins that are a bit harder to find and obtain. There’s also a set of black coins that are tougher still, for those who are set on taking on the game’s most serious challenges.

Most of the difficulty in Run lies in these optional objectives. Since the game is on the shorter side, it won’t take most players more than an hour or two to clear all 24 levels. There are no lives in the game; instead, Mario starts each stage with two bubbles. If he takes a hit as small Mario or falls into a bottomless pit, one of these bubbles will whisk him slowly backward through the stage until you pop it and get him back on his way. If you’re out of bubbles and Mario takes a dive, you’ll have to restart the stage from the beginning.

Where the plumber meets the toad

The secondary mode in Super Mario Run, and the place where competitive players will likely be spending most of their time, is Toad Rally.

A gold-fueled race, of sorts, Toad Rally pits your Mario against other players online to see who can grab the most cash and woo the most spectating Toads. The stages in this mode are based on the ones in the main campaign, but here they run on an endless loop. Rather than racing for the flagpole, your focus is to grab more coins than your opponent in a set amount of time. As you do, Toads of various colors will show up to cheer you on. Aside from just gathering coins scattered throughout the stages, Mario is also awarded additional coins for stomping enemies and performing acrobatic feats. Gather enough without taking damage, and you’ll activate a “coin rush,” which amps up the coins that appear in the stage for a short period of time. Pair this with a coin-attracting star, and its possible to rack up some huge numbers. 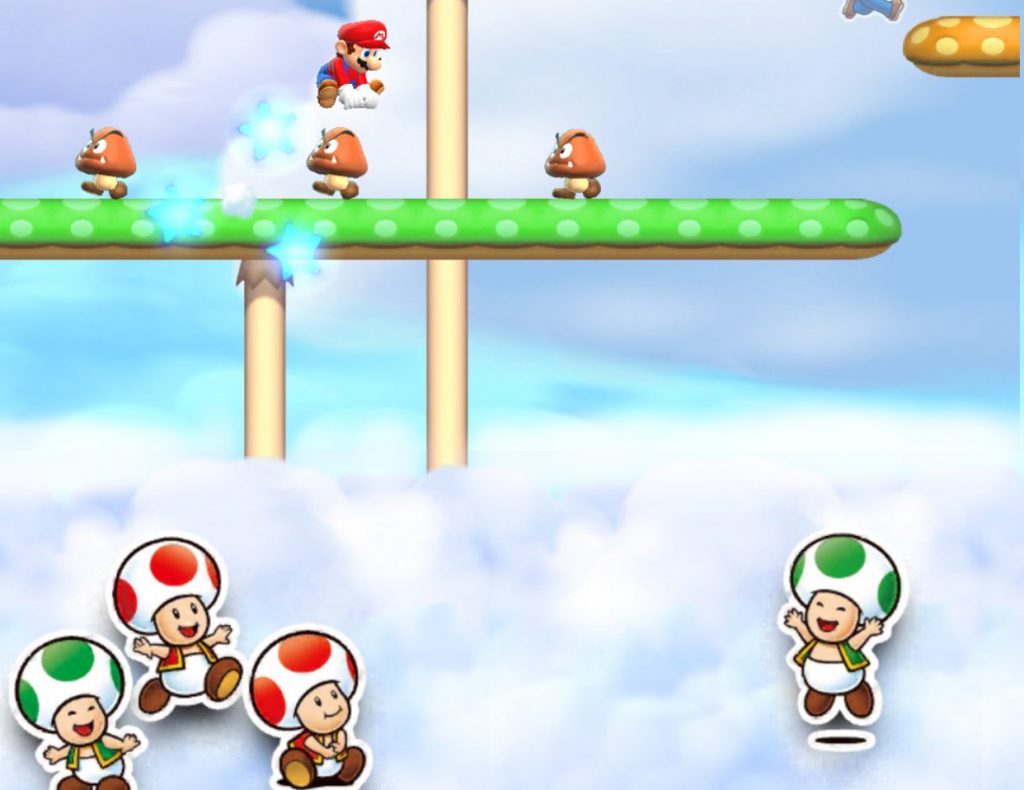 Toad Rally is a nice, frantic change of pace from the proper levels. I’ve often found myself stuck in the “just one more match” loop here, especially when I’ve developed a vendetta for a particular opponent.

A Mushroom Kingdom to call my own

The rainbow of Toads that comes to cheer you on in Toad Rally will follow you back to your Kingdom after a victory, and take up residence there. Kingdom Builder, Run’s final main activity, is where you’ll interact with them. 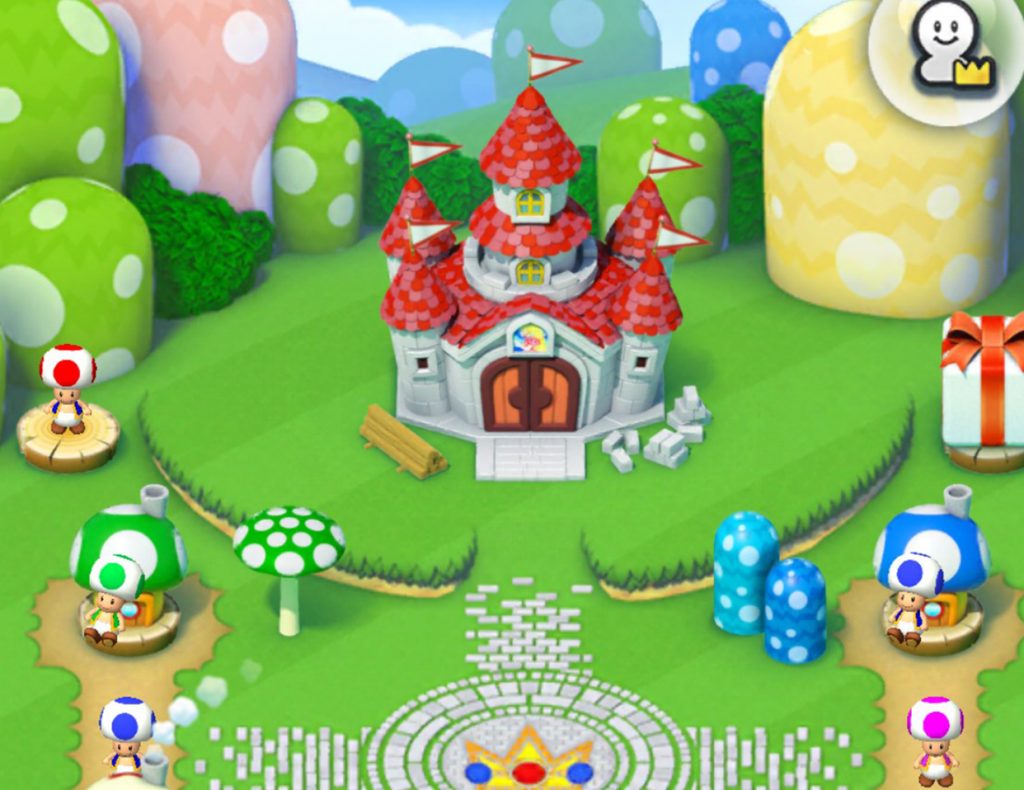 In your personal Mushroom Kingdom, you’ll enlist toads and expend coins to build structures and decorations around an under-construction Peach’s castle. Some of these monuments have some functionality, like a bonus game style mushroom house, but many are purely aesthetic. Most of the more interesting objects require large numbers of specifically colored Toads to construct, so you’ll have to spend a lot of time in Toad Rally winning them over. Gain enough loyal fungal subjects, and your castle will begin to transform, as well.

While it may be slightly more interesting than a simple menu or rationed unlocks, Kingdom Builder feels like more of a diversion than a cohesive part of the game. But if you’re set on unlocking all of Super Mario Run’s secrets, like alternate playable characters, you’re going to have to spend some quality time here.

Seeing Mario on a high resolution handheld display is a real treat. Nintendo generally does a fantastic job of taking advantage of its own hardware, as most of its games manage to look crisp and vibrant on its portable systems. I must admit, though, it will be a little harder to go back and play New Super Mario Bros. 2 or Super Mario Maker on 3DS after playing Super Mario Run on Apple’s immaculate displays. 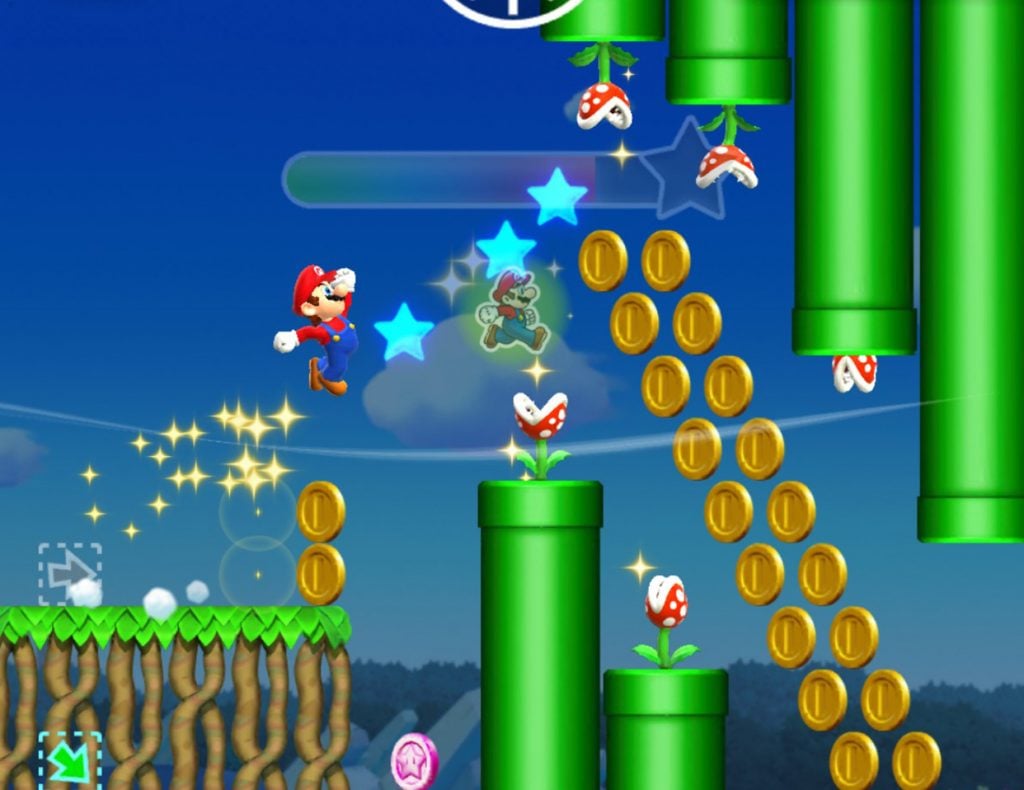 Even on the petite screen of my iPhone 6, the New Super Mario Bros. environments and characters look better than ever. Fire up Run on an iPad or the larger iPad Pro, though, and you’ll never want to look back. As pretty as all of this is in its own right, it has really just made me even more excited to see proper Nintendo games running on Switch next year.

With Super Mario Run, Nintendo has officially kicked off its presence as a mobile game developer. Some aspects of its approach, like going with a $10 price tag over the mobile industry’s tried and true microtransaction model, will take some time to evaluate. Speaking strictly from a design standpoint, though, Run is exactly what Nintendo promised us all along: a gateway. And even though it was designed first and foremost with a broader audience in mind; I, a lifelong Nintendo fan, found plenty of fun in it as well. 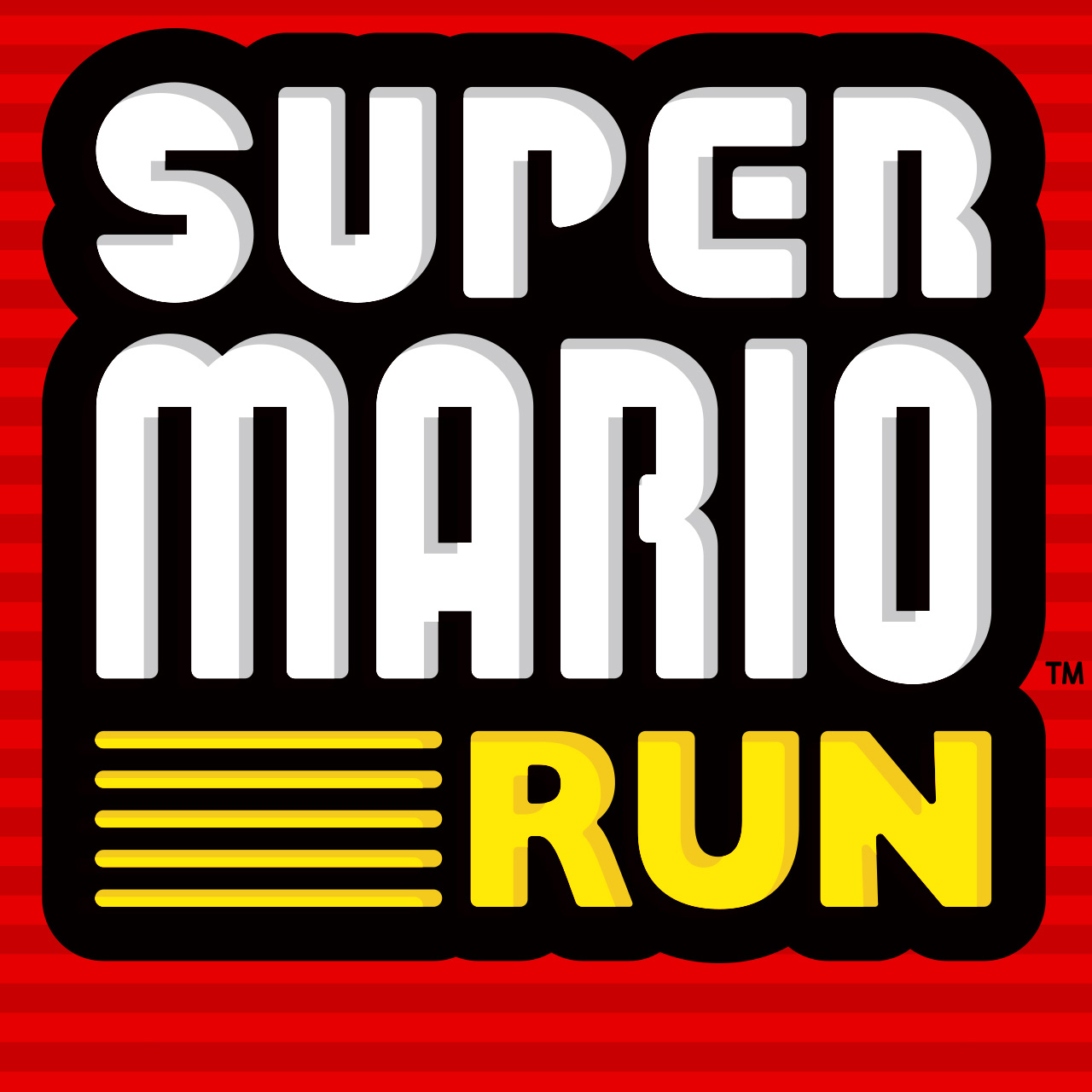