Nintendo and Southwest Airlines team up for a massive inflight giveaway

Nintendo and Southwest Airlines have started spreading a little holiday cheer onboard one lucky aircraft earlier this week. Once the flight took to the skies, Nintendo representatives worked quickly to hand out New Nintendo 3DS XL consoles to everyone onboard, alongside a voucher to download the newly released Super Mario Maker for 3DS. 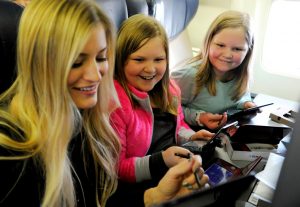 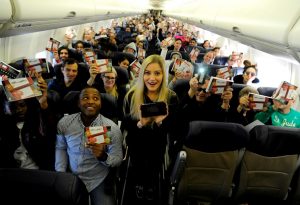 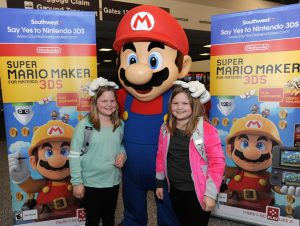 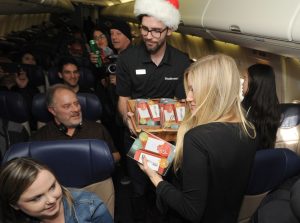 REDMOND, Wash., Dec. 16, 2016 – It began as just another typical flight, but minutes after takeoff, the passengers on Southwest® flight #2482 on Wednesday, Dec. 14, found themselves immersed in the world of Mario. As they cruised past 10,000 feet in the air, the voice of Nintendo’s iconic Mario announced a big early-holiday surprise for all the passengers. Quickly all were presented with a free New Nintendo 3DS XL system to take home, along with a voucher to download the recently launched Super Mario Maker for Nintendo 3DS game for free from Nintendo eShop.

Nintendo reps helped the passengers play and create side-scrolling 2D Mario courses on the portable system, which make great travel companions during the busy holiday travel season. Among those lucky passengers offering in-flight game tips was iJustine, a Nintendo fan and YouTube celebrity whose followers measure in the millions. And once the flight landed in Los Angeles, Mario himself was waiting to welcome them at the gate.

“With Super Mario Maker for Nintendo 3DS, everyone can enjoy a nearly limitless supply of side-scrolling 2D Mario courses anytime, anywhere,” said Doug Bowser, Nintendo of America’s Senior Vice President of Sales and Marketing. “You’re not only playing a game – you’re helping design it. Nintendo 3DS owners are getting to experience Mario play in an entirely new way.”

“At Southwest, we’re passionate about making connections and taking part in some of the most important moments in our customers’ lives,” says Linda Rutherford, Vice President, Chief Communication Officer for Southwest Airlines. “Bringing this fun Nintendo activation onboard our flight is a great way to kick off the season of giving and celebrate those moments with friends and family.”

Super Mario Maker for Nintendo 3DS features 100 built-in courses, and also allows entry to recommended courses from the Super Mario Maker game on the Wii Uconsole. In addition, courses designed on Nintendo 3DS can be shared with other players via the system’s StreetPass feature and local wireless. Nintendo 3DS systems provide a fun escape for travelers on the go – adults and kids can play games to stay entertained during long flights or layovers. The systems are always ready to go anywhere travelers want to go.