Fans of farming, life sims, and finding that special someone rejoice: Story of Seasons: Trio of Towns will be coming West in a matter of months. The series feels right at home on the 3DS and knowing that it’s already been released in Japan makes the extra wait just a little less bearable. Thankfully the fine folks over at XSEED Games have started a blog series about the game’s localization process. Whether you’re interested in this particular game or just game localization in general it’s a fantastic read and really shows the care that goes into not just bringing a game overseas, but adapting it to as wide an audience as possible.

As a series that’s lasted over fifteen years (always known as Bokujou Monogatari, or Farm Story, in Japan and as Harvest Moon up until 2014 in English) the “growth” it’s shown is astounding. That’s best exemplified in that factoid that this game features about two million characters of text in Japanese. Assuming that includes kanji, which can equate to full words and ideas, this is going to be a game full of character dialogue, item descriptions, and much more for players to enjoy. 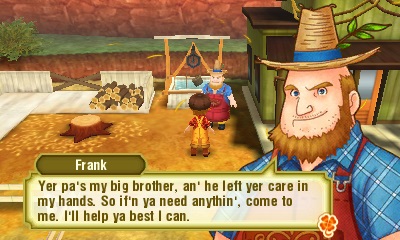 As the name suggests, the upcoming entry will feature three towns for your custom character to visit, mingle in, celebrate with, and of course manage crops and livestock coming from all three. Players’ farms will be separate from the towns, allowing them to choose what they like from a multitude of options. It’s nice to know nothing will lock me out of elements from the other town, meaning it’s possible to mix and match elements from all three as you see fit.

The first of these three will be Westown, representing a familiar local for anyone who’s had experience with these sorts of games before. It’s where you can visit your Uncle Frank and represents a “West”ern feel throughout. Next comes Lulukoko Village, a more tropical and pacific island themed area with some interesting language conventions in the Japanese version. As the localizer points out, they’ve decided to mix in Hawaiian words and have outdone a certain other well known 3DS title in that respect. The third in this trio is Tsuyukusa Town, a Japanese inspired area that has proven particularly difficult to localize. That said the faith I have in this game is high and I’m looking forward to its release early next year! 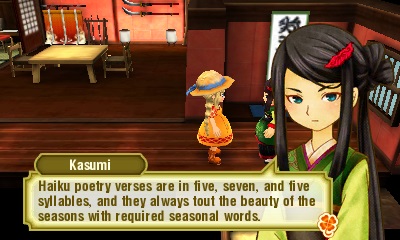 This was just a quick summary of what the Story of Seasons: Trio of Towns localization blog goes over, and based on its titling and a few lines we’ll likely be seeing more in the near future. If this has gotten you at least interested, preordering will have you eligible for a capybara plush at participating retailers. The series has always had a certain special charm and is definitely one to keep an eye on.