New loading screen text in the Japanese version of Miitomo may point to a Western release of the upcoming 3DS RPG Miitopia. Shared in a screenshot by Twitter user @tonyh24613, the loading text references the new game. 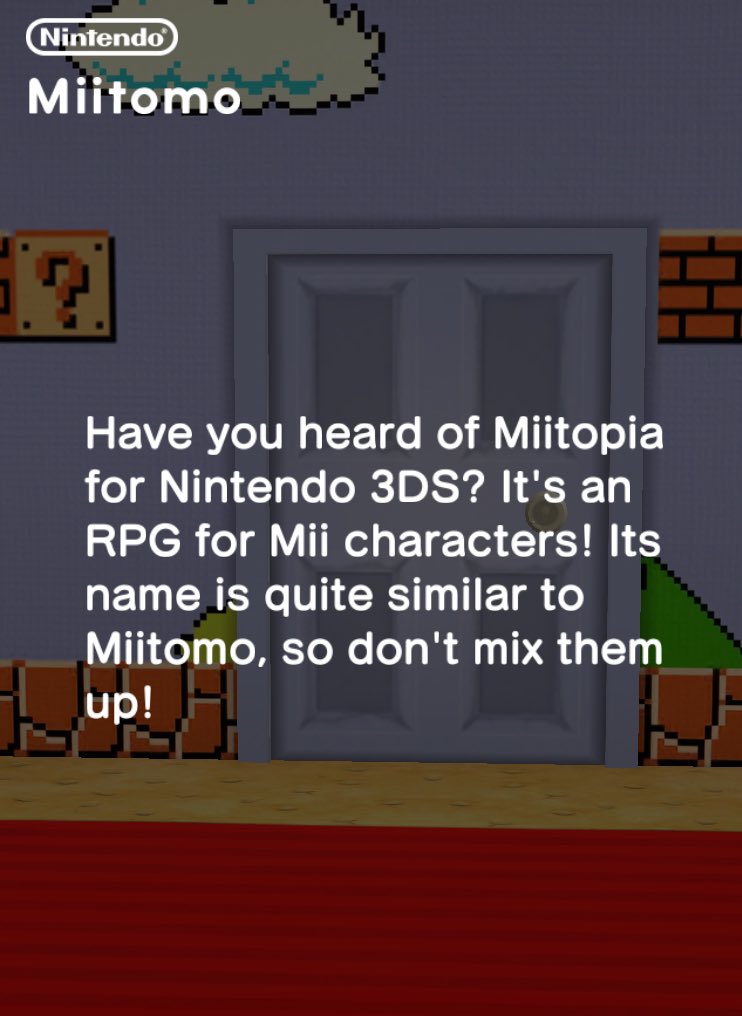 “Have you heard of Miitopia for Nintendo 3DS? It’s an RPG for Mii characters! Its name is quite similar to Miitomo, so don’t mix them up!”

The only odd thing about the text is that it appears in English in the Japanese version of the game. This is pure speculation, but it would be great to see the next quirky Mii title head to the West.

Stay tuned for any further developments on Miitopia!