Nintendo had plenty of exciting things share with the country when NOA president Reggie Fils-Aime and Shigeru Miyamoto appeared on Wednesday night’s The Tonight Show with Jimmy Fallon. As fun as it was to watch Jimmy completely geek out over being the first person outside of Nintendo to publicly get his hands on the Switch, something else caught many viewer’s eyes: Mr. Miyamoto’s T-shirt.

The shirt, which depicted Mario wearing a full suit of samurai armor, naturally got the internet brainstorming as to what hidden meaning might lie in Miyamoto’s choice of attire. Maybe it was a reference to the new Super Mario title that debuted in the Switch reveal trailer in October? After all, Reggie is well known for donning carefully-selected Nintendo pins during most of his public appearances, sometimes to clue fans in on an impending announcement, but almost as often they turn out to be just a cruel tease. 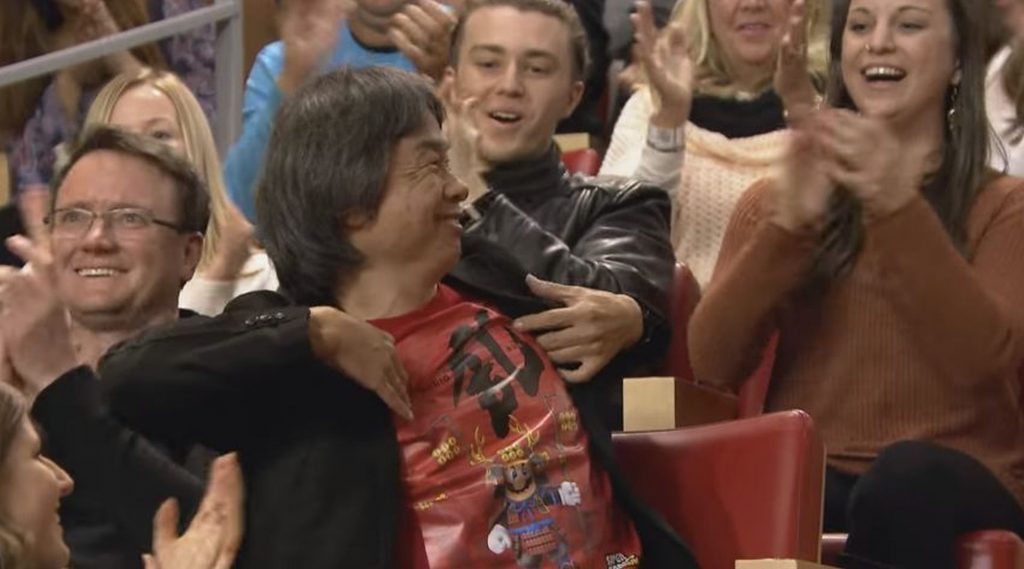 Naturally, it didn’t take long for clever viewers to solve Mr. Miyamoto’s puzzle, and while the answer may not be as grandiose as net sleuths may have hoped, it’s still delightfully clever.

A single Japanese character appears above the armor-clad plumber, it turns out that this is the kanji “ran,” which means “chaos.” When spoken, the word sounds a lot like “run” in English: a sideways reference to the impending Super Mario Run. “Ran” is also the name of a film by famous samurai filmmaker Akira Kurosawa, explaining Mario’s utter lack of overalls.

This double-riddle was perpetuated further by Bill Trinen, another NOA executive, that was sitting next to Miyamoto in the audience on Wednesday. He asked via Twitter if anyone had “figured out what’s up with Miyamoto’s Samurai Mario shirt?” and later confirmed the crowd-sourced solution.

Someone completed the puzzle! The shirt is a pun. https://t.co/YoQnIfDPme