A few days ago, we reported on a leak showing that coffee giant Starbucks would be partnering with Niantic for some exclusive Pokémon GO related content. We can now officially confirm that the rumors are true. Niantic has released a statement detailing the partnership with Starbucks on the official Pokémon GO webpage. 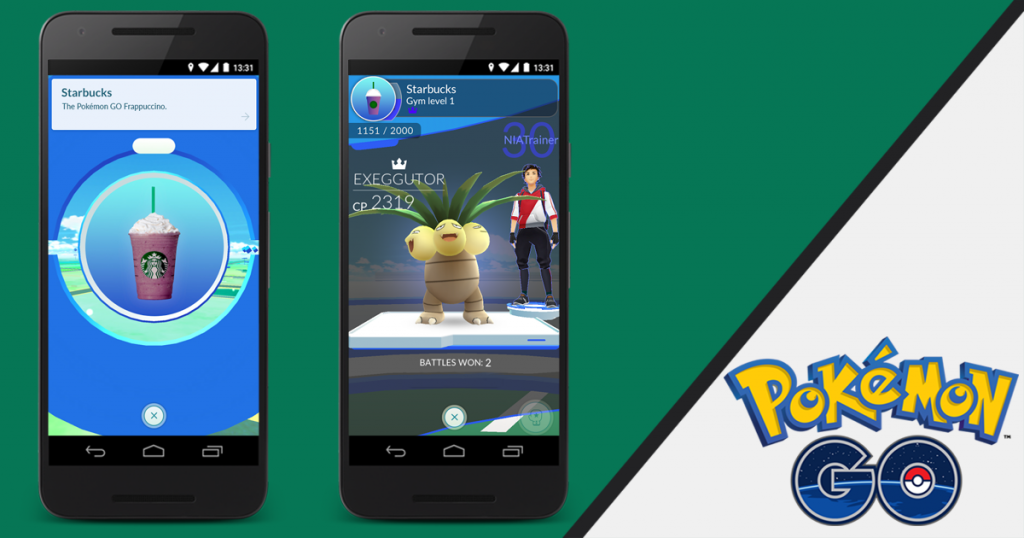 Starting today and 11 a.m. PST, 7,800 Starbucks locations will become PokéStops and gyms. To make the deal even sweeter, Starbucks has created a special edition Pokémon GO inspired Frappuccino. While we’re unsure what it will taste like, our guess is that it will be Razz Berry themed. Have you tried the new PokéCoffee? Let us know in the comments below!

We are happy to announce that Starbucks is now an official partner of Pokémon GO.

Starbucks has a long-standing commitment to providing spaces for social interaction and real-world community building in its extensive network of locations. We appreciate their role in creating safe, welcoming locations for people from all walks of life to come together for refreshment and social engagement. Starting 11 A.M. PST on December 8th, this new partnership will transform 7,800 company-operated Starbucks stores in the United States into PokéStops and Gyms, giving Trainers even more places to play and to engage with their local Pokémon GO communities. And to cap it all off, Starbucks is creating a special-edition Pokémon GO Frappuccino® for everyone!

Whether you’re on your daily morning commute or just out exploring your neighborhood with your loved ones, make sure you collect items from the new Starbucks PokéStops or battle in the new Gyms with your favorite Pokémon!