As an avid Pokémon Trading Card Game collector, one of the most exciting things for me when a new Pokémon generation comes out is the potential for new TCG cards, and Generation VII is no different. With Sun & Moon’s release, we knew that a new series of cards would be on the way featuring the new Pokémon of Alola, and we got confirmation of this at the end of the summer for the beginning of 2017.

So as the 2017 draws closer, it shouldn’t come as a surprise that cards from the upcoming expansion are starting to leak. The new cards will feature Pokémon from the Alola region, obviously, as well as continue the Full Art tradition. We also know that we’ll be seeing Pokémon-GX, a new type of card that’s seemingly taking the place of EX cards.

Most notable from the leaks so far is the introduction of a new type of rarity: HR. These cards seem to be identical to specific Full Art GX cards, however, they have a special rainbow sheen applied to them. So far, we know that Umbreon, Espeon, Lurantis and Gumshoos all have HR versions of their Full Art cards, though I’m expecting to also see Decidueye, Incineroar, Primarina, Solgaleo and Lunala. It’s worth noting that only Japanese cards get rarities with lettering, and it’s unclear how this new rarity will translate over to English cards. 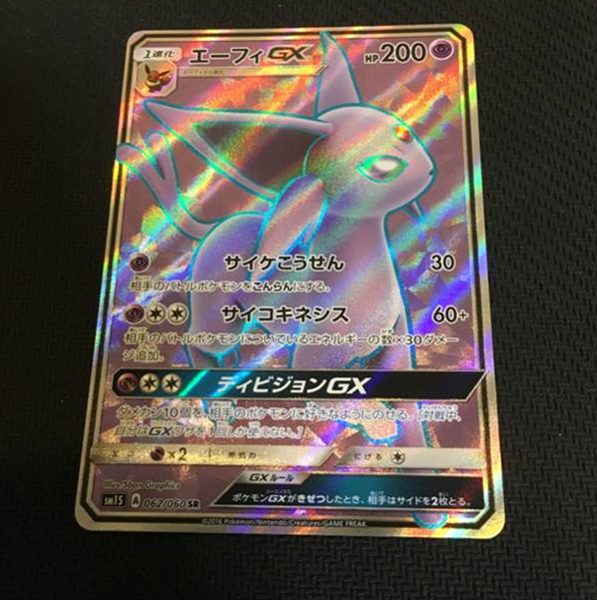 You can check out the full list of leaked cards on Poké Beach, and I’d suggest to continuously check back for more cards being added!