Empoleon, the third and final Pokémon from the Pokkén Tournament datamine back in June has been officially unveiled for release in the arcade version of Pokkén Tournament. Expect poseidon’s penguin to drop later this month on December 15th. 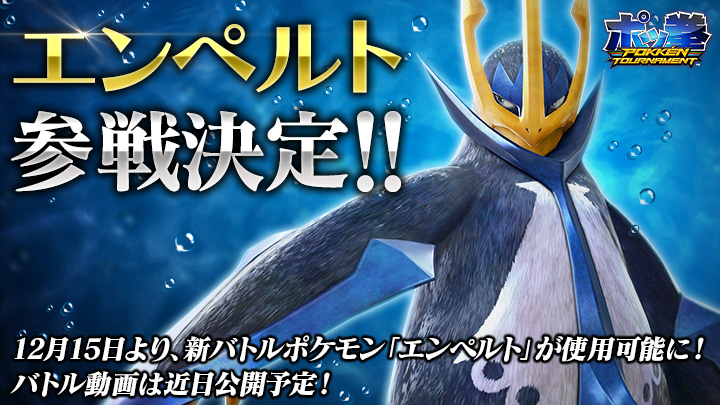 Unfortunately, Bandai Namco has yet to share any footage of the flippered fowl in action, but rest assured we’ll keep you in the loop should anything surface. Also, like Darkrai, Scizor and Croagunk before him, the fate of these new additions to the roster on Wii U consoles still remains to be seen. Here’s hoping there’s still a chance that they make the cut in a future update.