We’re already heading into the awards season, but while the Game Awards are sure to bring some surprise announcements in two weeks it’s worth looking at some of the smaller, more local award shows. One of these is the long-running Golden Joysticks, which held its 34th ceremony earlier today in the UK.

While Nintendo and its properties didn’t get many nominations, mostly due to having a pretty quiet year compared to its competitors, it did net some pretty big wins. Pokémon GO is the stand-out victor, taking the award for Innovation of the Year, beating out all three major VR headsets, as well as Handheld/Mobile Game of the Year. Zelda producer Eiji Aonuma also accepted a Lifetime Achievement award, which he graciously dedicated to the creative teams that have made the Legend of Zelda what it is today:

I am glad, honoured and really humbled to be awarded the Golden Joysticks 2016 Lifetime Achievement Award. I say I’m humbled because when I heard about this award, I had to ask myself… “am I qualified to be accepting this myself as an individual, when the award belongs more to The Legend of Zelda Series?” With this understanding I accept the award with pleasure on behalf of more that 1,000 creators, artists, engineers and composers who have worked on the series for more than 30 years. 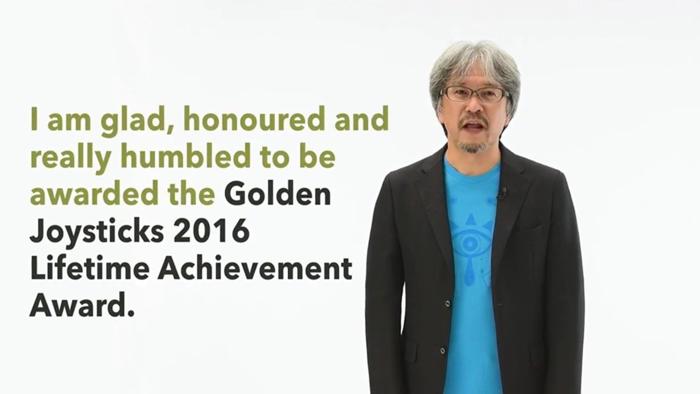 It’s also worth noting that Twilight Princess HD took the award for best Nintendo game, beating out the likes of Xenoblade Chronicles X and Fire Emblem Fates, which is sure to inspire some debate.

Of course next year’s awards will be incredibly exciting for Nintendo if the Switch has as many major titles as we expect. Will Breath of the Wild take the Game of the Year crown? We’ll have to wait and see.