Target has pulled back the curtain on its Black Friday offerings and the roster includes several Nintendo goodies! First and foremost, the recently announced standard New 3DS is front and center in the retailer’s doorbuster section. The console comes in black or white and will retail for $99.99. Among the doorbusters are several $25 3DS titles, including Pokémon Alpha Sapphire, Pokémon X, Super Smash Bros. and Kirby: Planet Robobot. Lego Dimensions and Skylanders Imaginators starter packs are also on sale for the low price of $39.99. 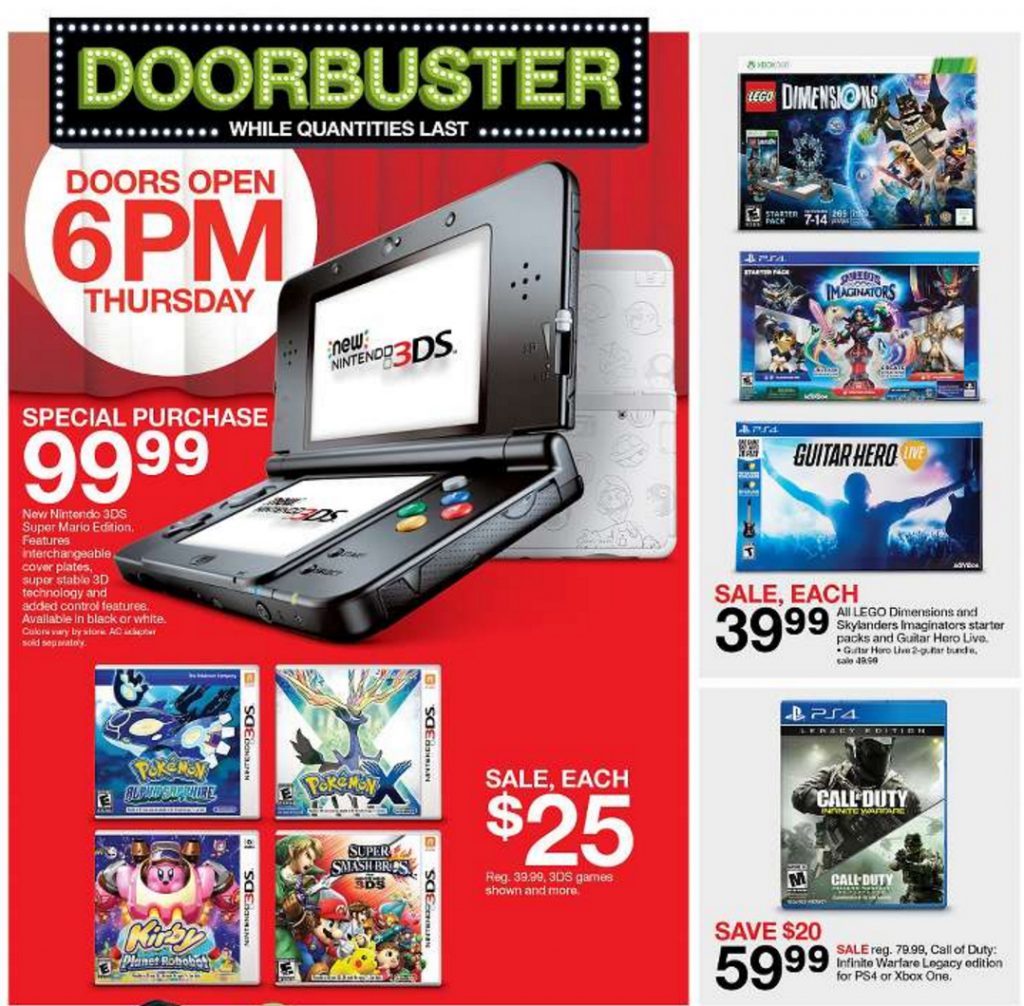 Other deals include New Super Mario Bros. 2 for $15, and Super Mario Maker and Pokkén Tournament are each $35.

Sadly, Target’s once again asking its employees to give up their early morning hours to open doors for shoppers at 6:00 a.m. on Thanksgiving Day. You may need to cut time with the family short if you’re looking to snag one of these deals.