8 things Nintendo needs to do to succeed in eSports

Earlier this week, reports came in that Nintendo was investing in eSports platforms. While at face value it could be baseless rumors and speculation, when paired up with the recent Nintendo Switch trailer — which ended with what appeared to be a Splatoon competition taking place in a large arena — it seemed to hold more ground. Could Nintendo really be entering the eSports space? While nothing is confirmed at the moment, it certainly seems a strong possibility.

However, Nintendo is not exactly known to be the most… up-to-date on matters like this. While the company is known for innovative hardware and ideas, it just as often lags behind the competition in certain areas, like online accounts and how it handles social media. Thus, what the Big N does in the realm of eSports has the potential for both great success and great failure. Here’s what Nintendo needs to do if the company wants to succeed in eSports:

As mentioned, Nintendo is behind when it comes to their online game. While things have improved marginally from the Friend Code days, it’s still more difficult than it needs to be to connect with friends and find opponents. There are certain nods that show some care — such as Smash’s For Glory mode — but it’s still difficult to find splits between “casual” and “competitive” areas in online games. Not to mention how frustrating looking for tourneys in games like Mario Kart 8 can be. 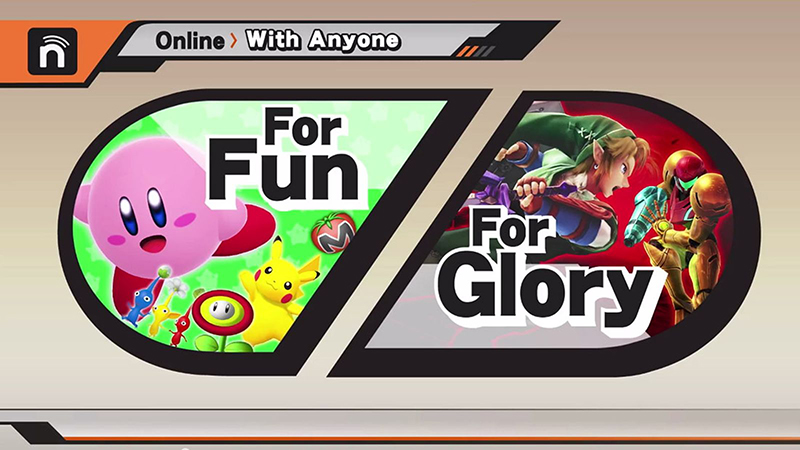 Improving the online infrastructure — allowing custom rules and searching online, improving the tools to form teams or groups and categorizing modes to allow for more or less serious play — will greatly improve the number of people who will enter the game to be competitive. If it’s a hassle to even be able to play the game in a competitive sense in the first place, then people will naturally not want to do it. Not to mention improving these features will also help outside the eSports space.

While online infrastructure is great for practice, chances are most big tourneys will be played in-person. There are already a number of dedicated tournament organizers, streamers and more willing to help establish big tournaments — and many already have, without Nintendo’s help. Yet the lack of a strong, central league or organization keeps them back, and makes it difficult to sustain livelihoods and communities.

If Nintendo establishes some sort of eSports league, a la the Capcom Cup or League Championship Series, it would add much needed structure to the entirety of their eSports communities. Not only would the legitimization reduce conflict between TOs, but it would also draw in more sponsors — and therefore, more money flowing through. It would also allow for standardized rulesets across the board to take place, eliminating any semblance of conflict between what is legal or illegal in a tournament setting. Without a strong organizational body, the various communities will eventually hit a ceiling — one that will be impossible to break through without Nintendo forming some form of organized play.

Speaking of cash… this one’s rather simple. The more money pumped into a scene, the more people will be interested. This doesn’t merely apply to pot bonuses: There are many people who need paying besides players, after all. There are very, very few people who can live off any of the Nintendo eSports (Smash, Splatoon, Pokkén Tournament) right now. If you want people to be able to dedicate their lives to a game, then you need to provide them with the means to live off it.

Of course, the monetization of eSports is also a concern. Besides advertisement, eSports can also be used to promote certain DLC items such as skins, levels and characters. Working with established teams (Cloud9, TSM, etc.) and other organizations (such as Twitch) will help Nintendo distribute the cash where it needs to go while finding a revenue stream for itself.

4. Watch and learn from other big eSports

Smash is hardly the world’s biggest competitive game. Other entries like League of Legends and Dota 2 trounce Nintendo’s games thoroughly when it comes to things like production value or organization, and the Big N could stand to learn a thing or two from them. Other people have paved the path, so it doesn’t make sense not to learn from them. 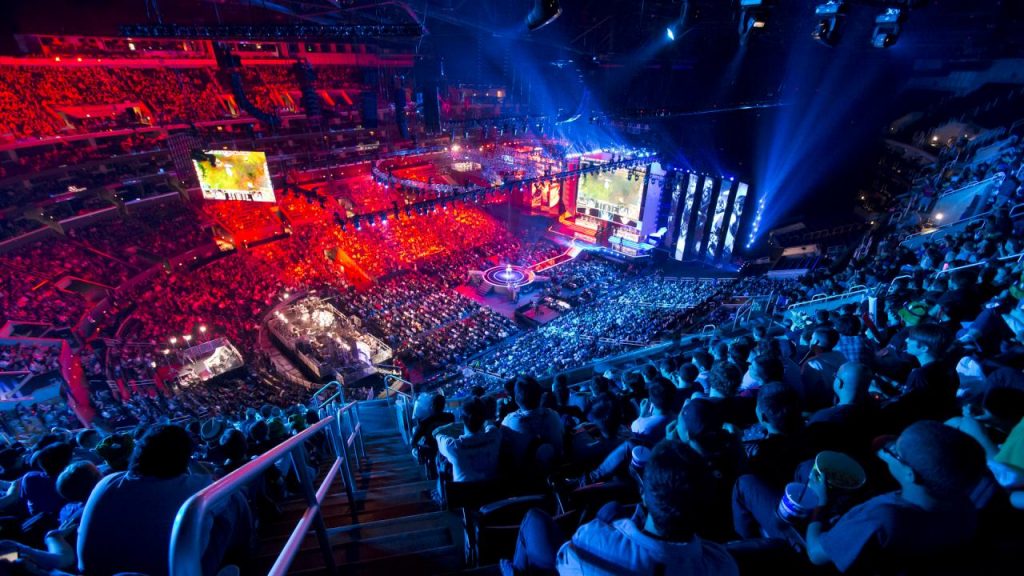 Of course, that goes the other way, too. Riot Games and Valve have both made mistakes in regards to their player bases: Riot by continuing to hold conflict with teams and owners in regard to wages, and Valve through their various mishandlings of Counter-Strike: Global Offensive (particularly the multitude of gambling sites revolving around the game). Nintendo would do well to avoid the mistakes others have made, and I can only hope they’re so prescient.

5. Keep a balance of competitive and casual

While far from the biggest thing to worry about on the list, it bears mentioning nonetheless. One of the biggest appeals of any Nintendo game — including their more competitive affair — is how easy they are to pick up and play. Which means, even if they do start investing in the more competitive side of the fanbase, that they shouldn’t sacrifice the casual fans in the process. Some games, like Starcraft II, struggle or fail because the skill floor to even be able to play properly is so high. Of all the entries on this list, though, I imagine this to be the one they’ll most likely succeed in.

All the advice given so far has been in a more general sense — things that would be beneficial across the board. Now, I’ll give more pointed advice for each of the three games mentioned in reports as a potential game Ninty was looking into. Starting with…

Splatoon was a revolutionary shooter: unique, colorful, and filled to the brim with personality. However, for being regarded as the “test run” for Nintendo’s eSports, it had a lot of issues with actually organizing competitive games. The game launched lacking some crucial features for matchmaking, and while several things were patched in later, the game still lacked LAN — necessitating internet-only tournaments, which are always a bit of a toss up. Adding LAN battles is obviously the first thing needed in a hypothetical Spla2n, but more would be beneficial:

All of this will help in running tournaments and keeping the scene fresh and afloat.

Pokkén has an advantage or two over the other two games in Nintendo’s repertoire — namely, money and infrastructure due to being run concurrent to the Pokémon World Championships series. Alongside the main series games (which are a competitive genre all their own) and the Trading Card Game, it seems as if the fighting game would be a smash hit. Unfortunately, that’s not the case: The title brought in the lowest numbers at EVO this year (despite having a relatively nice Saturday evening slot) and continues to lag. 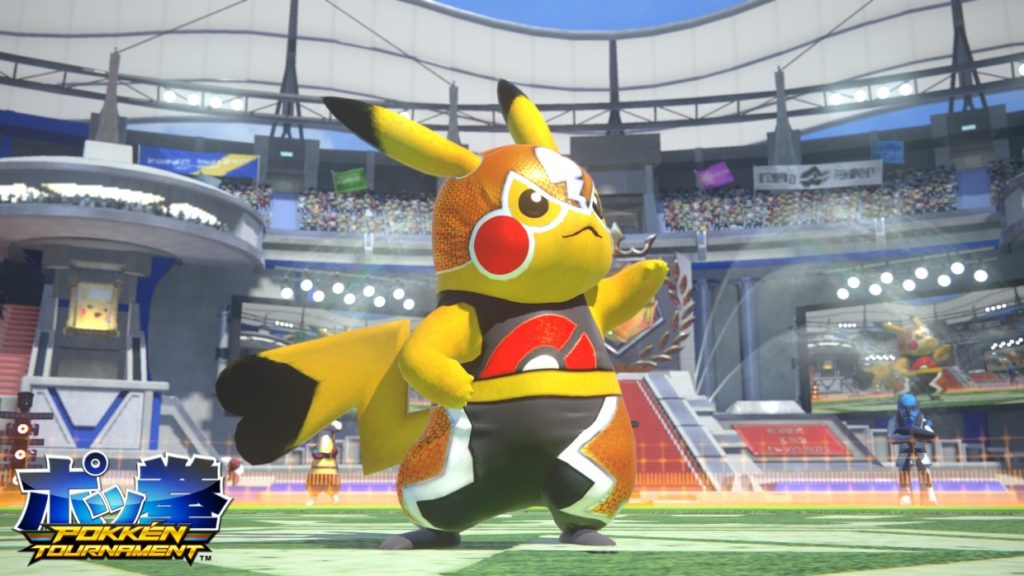 If Nintendo and The Pokémon Company want the game to survive as more than a casual arcade fighter, then they need to make it a tighter experience. Should a sequel ever come along, they should tighten up the fighting game aspects and make it more entertaining to watch. There are obviously some players who are dedicated to the game, but if the community is struggling after only half a year, then something’s gone wrong. Adding in more characters over time certainly helps, but more needs to be done to keep the game popular.

By far the oldest competitive game in Nintendo’s arsenal, the history of relations between the company and the Smash community is long and complicated. From nearly shutting a tournament down to now actively sponsoring some of the bigger contests, Nintendo has certainly improved its image over the years… yet the picture of them being unsupportive of the competitive scene has yet to be completely washed away.

It sounds a bit corny, but the best thing Nintendo can do with the Smash community is show that they care. Build a Smash circuit. Invest more money into the prize pot. Begin consulting players on what they do or don’t like about certain aspects of the game. Obviously, it’s all a delicate balance, but one that, if maintained, could benefit them greatly. The community has felt neglected for a long time: Showing that the company cares for their success is likely the best thing Nintendo could do.

Obviously, it’s still unknown whether Nintendo will actually make big waves in the eSports scene — if, indeed, they make any waves at all. Chances are they won’t meet their full potential in the end: Missteps are likely, and the company’s history with the competitive scenes already established are dicey at best. With all luck, whatever comes of it will be a success, and people’s lives will be enriched for it.

Do you agree or disagree with these assessments? Let us know in the comments below!