Thanks to a tweet revealing themed decks for the Pokémon TCG we’ve seen the long awaited final evolutions of the Alolan starters. With this the series of leaks and data-mines have proven true, showing us the same designs first glimpsed via some early concept art months ago. 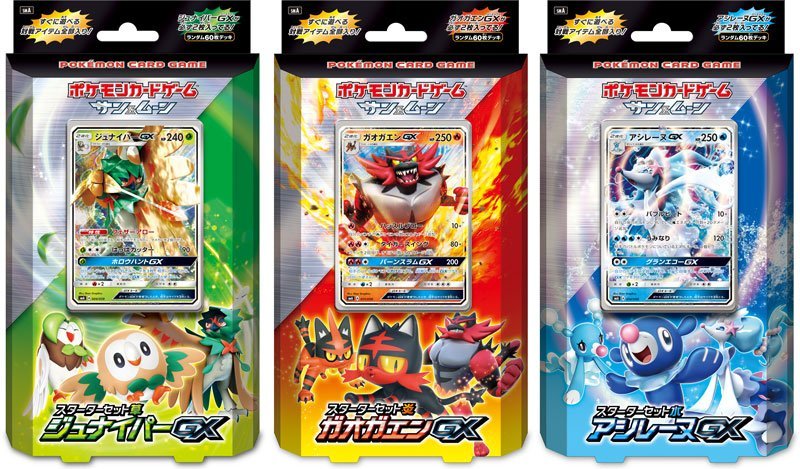 Official names, typing, attacks, and abilities haven’t been given but for now they are the Grass evolution Junaipa, the Fire evolution Gaogaen, and the Water evolution Ashirene. As for me, it’s been Team Rowlet from day one and I’m not disappointed by how the little owl’s grown through each of its stages. Modeled after an archer, a wrestler, and a mermaid respectively they’ll be joining trainers in just about a month’s time. Let us know which is your favorite and look forward to more Sun & Moon leading up to their release.