Today’s Pokémon trailer was definitely the best one in awhile, with plenty of new and exciting reveals. While some of this was known due to data mines and other leaks, it’s still great to see it in its intended form. Lets jump right in and say Alola to all the hot, new reveals and what they bring to what’s shaping up to be a standout Pokémon adventure!

The trailer kicked off by officially revealing the final Alolan starter evolutions, along with their English names, types and signature moves. First up is Rowlet’s hooded archer of a final form, Decidueye. While the line has been Grass and Flying throughout, Decidueye shakes things up by becoming a Grass/Ghost-type instead. The Arrow Quill Pokémon, it’s known for its blistering speed and ability to mask its presence completely. Its aim is impeccable, able to fire feathers in a tenth of a second and pull off curved shots to confound and pierce foes over half a mile away. While it tries to put up a cool front most of the time, it’s known for getting flustered easily, and may even hide its face within its hood when caught off guard. It’s the only Pokémon capable of learning Spirit Shackle, a physical Ghost attack that prevents enemies from fleeing or switching in battle. 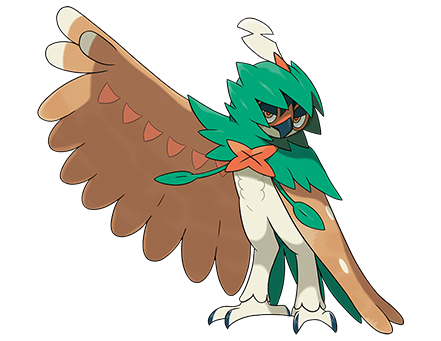 When Litten reaches its last evolution it becomes Incineroar. The Heel Pokémon, it embraces its fighting spirit and burns hot with a passion for proving its strength. More than anything it needs an audience and it doesn’t care if it hurts other Pokémon, or even trainers. Some genuinely dislike this Pokémon for those reasons, and while it’ll maintain an aloof and menacing front, it’s never happier than when others are cheering it on and amazed by its ability. Its flames generate at a “belt”-like section around its waist, giving it the look of a champion and allowing it to focus its attacks via this point. Bucking all expectations, it’s a Fire and Dark-type Pokémon, matching the Heel theme better than Fighting could ever hope to. Its signature move is Darkest Lariat where it attacks while ignoring any and all stat boosts the opponent may have as it gets to running wild. 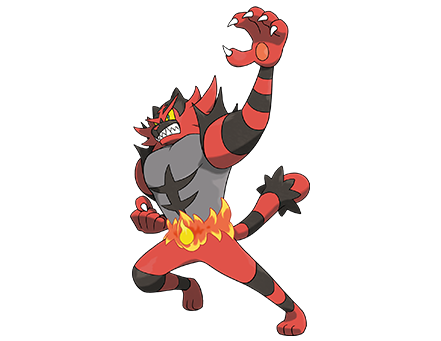 While Popplio may have started off as a circus clown it’s grown into a top class performer, eventually evolving into the elegant Primarina. Renowned for their voices and dancing displays, these Pokémon generate large balloons of water that they then conduct via singing. Each song is different and the movements of the balloons reflect these, as well as radiant moonlight in amazing displays. Some of the balloons explode on contact while others do not, with only Primarina knowing and using this to jump from safe spot to safe spot while tricking enemies into the more volatile orbs. While it’s known as the Soloist Pokémon, Primarina that live together may adopt the same songs, creating more of a chorus. They must be wary though, as overusing their voices in back-to-back battles can have a negative effect on their singing. It’s the only Pokémon able to learn Sparkling Aria, an attack that will heal the burns of anything it hits, ironically giving this Soloist some utility when joined with others. 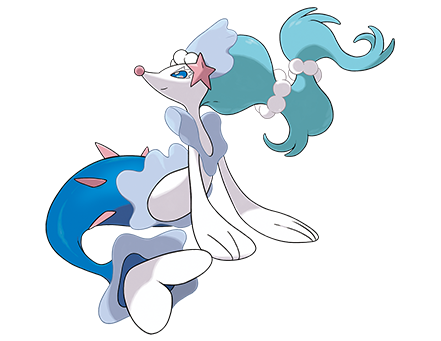 Next, the spotlight shone on the guardians of Alola, a quartet of Pokémon that protect an island each within the region. While we’ve already known Tapu Koko, guardian of Melemele Island, we’ve now been introduced to its co-guardians: Tapu Bulu, Tapu Lele, and Tapu Fini. Each of them has Fairy as a sub-type along with a different primary typing. Their real power lies in their shared exclusive Z-Move. By retreating into their shells they take on a more giant form of energy and strike any who’d oppose them in a stunning display of power. Get a more in depth look at the guardians in our dedicated article here. 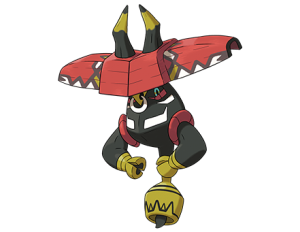 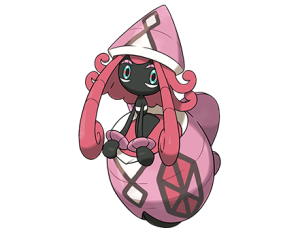 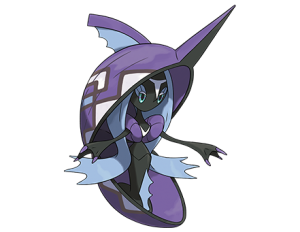 Last but certainly not least of the brand new Pokémon was Cosmog. This adorable Psychic-type is the Nebula Pokémon and noted as being extremely rare. In the past, only kings were allowed to know of it, and it was deemed “the child of the stars.” In the present day the Aether Foundation is researching it, with its current name coming from the professors there. It shows no fear towards others and will warm up quickly to anyone that gives it a bit of kindness. Though cute, this trait may lead it into trouble. When bathed in light, it absorbs it into itself and grows, making its enigmatic nature and appearance all the more mystifying. 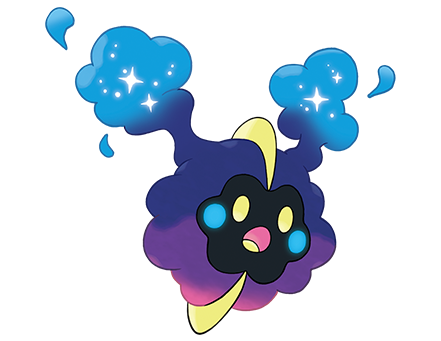 While we caught a glimpse of it before via the cover of the Japanese Pokédex guide, Alolan Persian made its debut. A pure Dark-type, its rounded head is a symbol of beauty in Alola and it’s become highly protected and revered by the people of the region. Anyone trying to take one out of the region must go through an inspection, showing just how highly valued it is. That said, its personality is a bit on the rotten side, fully spoiled by this treatment. Its intelligence is bested only by its arrogance, even to the point of looking down on its trainer. Despite its heir of superiority, it can and will resort to dirty tricks in battle for its own amusement, underestimating its opponent all the while. When it takes a counterattack it can hardly believe it, all of these facets making it a very difficult Pokémon to partner up with. 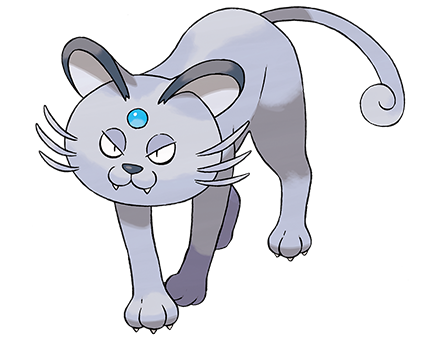 The Battle Tree and legendary trainers

Persian isn’t the only familiar-yet-different face seen in this trailer though, as today marked our first look at the Battle Tree. This area is a gathering place for strong trainers. After beating them, you can request they partner up with you to take on the challenges within. While Cynthia and Wally were nice to see in their classic designs, we also got a look at the two that started it all: Red and Blue have made their way to Alola! Sporting new, older appearances these Kanto prodigies are waiting to see just what you can do. Read more about the Battle Tree and the return of legendary trainers here. 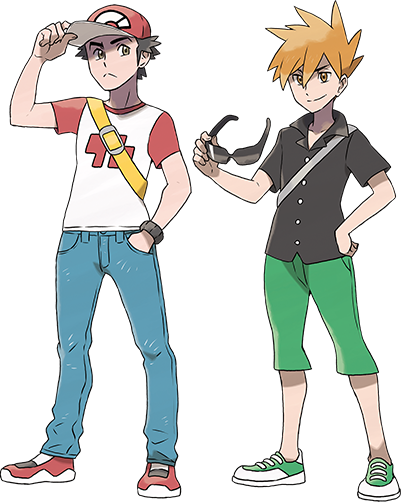 It’s also been noted that Alola lacks a Pokémon League of its own. No Elite Four and no Champion, but those that best the Island Challenges still have a goal in mind. Atop a high mountain lies a developing and fresh Pokémon League and perhaps in your time you’ll see it grow into the renowned final stage of regions, before having been always reserved for the best of the best. With some courage, will, and Pokémon at your side, maybe even you can rise up to the challenge!

That’s it for today’s reveals, but keep in mind there’s still plenty going on under the surface with Sun & Moon. With every update more questions and details come to light that won’t likely be resolved until the games’ release. November 18th can’t come fast enough!