Japanese developer Falcom (Ys, Legend of Heroes) is a minor legend among JRPG fans. It’s been around for a long time, but it hasn’t really surpassed cult status in the West, due to the relative obscurity of most of their titles. But every now and then, one of its games releases on our shores, and it ends up making a small but noticeable impression.

Gurmin 3D: A Monstrous Adventure is a port of an over-decade old game previously released on PC and PSP, and despite its age, it proved a delightfully charming experience that’s sure to satiate 3DS fans hankering for an action RPG.

The premise of Gurumin is pretty simple. The main character, defaultly named Parin, has just moved to her grandpa’s house in Liese Town… but there are no kids nearby, so she’s bored out of her skull. She soon discovers something magical, however: a portal leading to a town inhabited by monsters, named… Monster Town (points for originality). Parin quickly befriends the monstrous townsfolk, but one day one of its inhabitants, Puku, gets kidnapped by Phantoms (the resident bad guys). Parin goes to rescue him, but while she’s away, the Phantoms destroy most of Monster Town and abduct most of the citizenry, leaving the place in ruins. Armed with a legendary drill and a desire to see her friends’ homes restored, Parin sets out to save the townsfolk and give the Phantoms what’s coming for them. 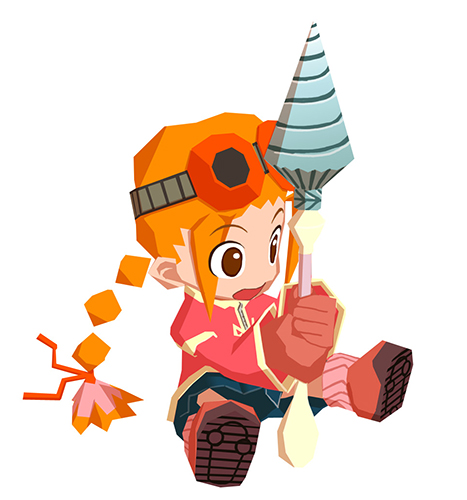 While not much more than a twist on the general sort of JRPG plot, Gurumin’s story manages to stand out due to the charm of its characters. They’re all a bunch of goofballs, and the silliness of the writing also helps to convey a game that’s extremely lighthearted. Is it occasionally stupid? Yes, but it’s very tongue-in-cheek about it, to the point where you’ll never take things too seriously. The voice acting is also fittingly cornball and hammily delivered, though clearly intentionally so – they have some A-List VAs on hand, from Dee Bradley Baker to Tara Strong to even freakin’ Steve Blum. It all comes together to form something akin to a Saturday morning cartoon.

Overall, the story for Gurumin is adequate, so long as you’re not in the market for something deep or complex. The story actually did have a couple nice and touching moments towards the end, but overall it’s not the meat, and that’s fine.

Gurumin’s 3D cel-shaded anime look certainly harkens back to when it was originally made, and it fits the game’s style perfectly. The entire game is adorable to look at, from Parin to her monster friends to the various enemies you fight along the way… Even the final boss is cute! Not to mention, there’s a lot of personality and emoting in the animations, even if they do show their simplicity and age a lot of the time. The soundtrack isn’t much to write home about (though the main theme is incredibly funky), but the sound effects are just as zany as you’d expect. 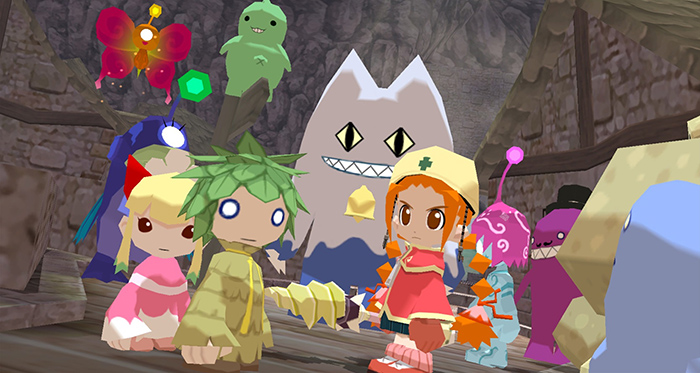 Where the game does suffer is in some of the technical aspects. There were a number of graphical glitches during my playthrough, and while none of them were that egregious, there were certainly quite a few. Errors like bad pop-in, weird draw distances, and more popped up more than I would have liked, unfortunately. That said, most of them didn’t negatively impact the experience, and a number were actually pretty funny (such as the time when one of the people of Liese Town didn’t have a head).

Gurumin has great aesthetic presentation, even if it does suffer from the occasional hiccup. While environments aren’t particularly detailed, they’re varied enough to be interesting from world to world, and the game has a fair amount of color to go around. It’s not the most impressive we’ve ever seen from the medium, but there’s enough creativity to make it thoroughly enjoyable from an artistic standpoint.

Where Gurumin’s strength lies is in the gameplay – and it’s pretty good. The game separates itself into various levels for Parin to explore, each with their own enemies, treasures and obstacles. The only weapon at her disposal is a legendary drill, which can be used to defeat baddies, drill through cracked walls, and break jars. 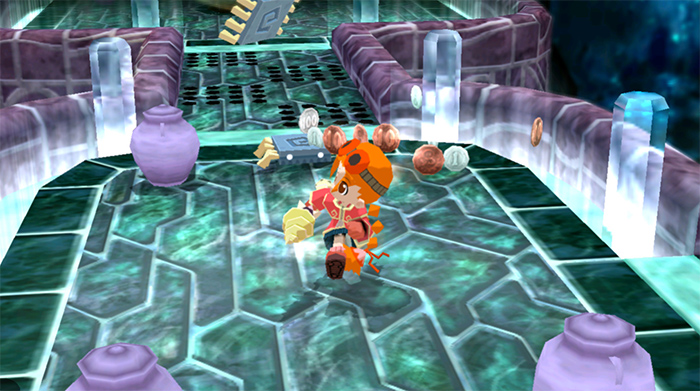 There’s a surprising amount to Gurumin’s gameplay. Parin has not only basic combos with her drill, but a variety of special moves she can activate with enough drill power (gained by attacking and digging up special dirt piles) and the right button combination. She can also charge the drill’s strength to break through walls and enemy armor, and utilize one of three elements – fire, lightning, and ice – to solve puzzles or deal super effective damage. She even has a cool jump kick that can be used to attack aerial enemies in quick succession, carrying her across gaps. Combat is never stale in Gurumin, and the game manages to feel fresh the entire way through.

What isn’t so hot is the game’s camera. Simply put… it’s bad. While you do have control over it at all times, it often gets stuck in walls and difficult to move, and if Parin gets stuck in a corner, it can be a nightmare, especially in the middle of a fight. It makes the game exceedingly frustrating to play at times, particularly when doing precise platforming. It’s definitely the most detrimental part of the experience, even if it doesn’t ruin it. 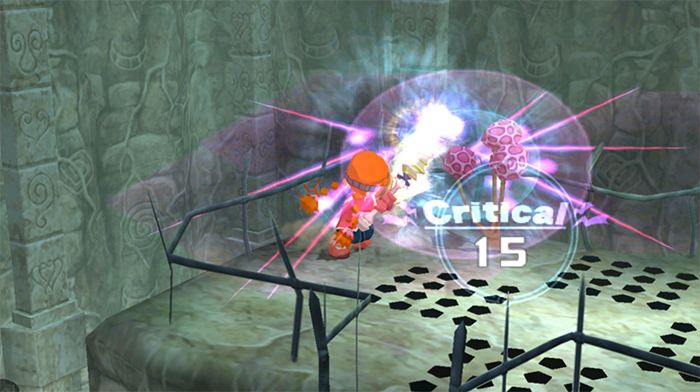 On a more positive note, Parin is highly customizable. The game is filled with various hats/accessories to equip, from goggles, to a crown, to a monkey hat, to much much more. Each hat has a certain benefit, such as boosting damage or making Parin immune to poison gas, and the hats can be upgraded with enough junk won from Phantoms. You can also find different outfits for Parin, though they’re much rarer (most you get from beating the game on various difficulties). They all add a lot of charm and longevity to the experience.

Upon completing levels, you’ll get graded based on how many monsters you beat, how many jars you broke/treasures you opened and time. You’ll receive a medal for your efforts – either gold, silver or bronze – and then you can use them in town. Silver and bronze will get you cash, but gold can be utilized to get special hats. In order to get gold on a level and “master” it, however, you need to defeat all enemies and open every jar and chest, which can be tricky. There are also some minigames you’ll need to ace if you want to get every last gold medal in the game. This all encourages repeated playthroughs and adds to the game’s already impressive replay value, though it can get a bit tedious at times if you want to complete everything. 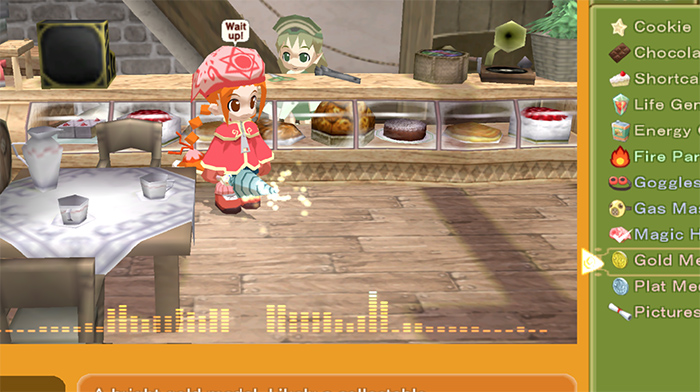 There are several boss levels throughout the game. Most are fairly fun and well designed, but the difficulty of them (and the game at large) felt uneven. Some bosses were fairly simple and easy (especially with the right equipment), while others were excruciatingly difficult. While the difficulty curve tended to ramp up as the game went on, it was certainly sporadic, and the bonus boss (required to get the true ending) was an absolute pain to beat. It felt a little imbalanced at times, though with the exception of that one boss it was mostly manageable.

In the end, Gurumin is an uncomplicated but fun experience with a ton of value. If you’re a “serious mature gamer” with no time for joy or lighthearted journeys, you may want to skip it. But if you’re just down for a cute and occasionally challenging experience, then step right in. You’ll definitely get your money’s worth.

Overall, Gurumin 3D isn’t a particularly special or standout game, but I’d be lying if I said I didn’t enjoy my time with it. If you’re into JRPGs or action titles, this is a solid pick for 3DS owners, and despite its shortcomings, it’s an undoubtedly charming game.

Now if you’ll excuse me, I’m going to go dance with Poco. 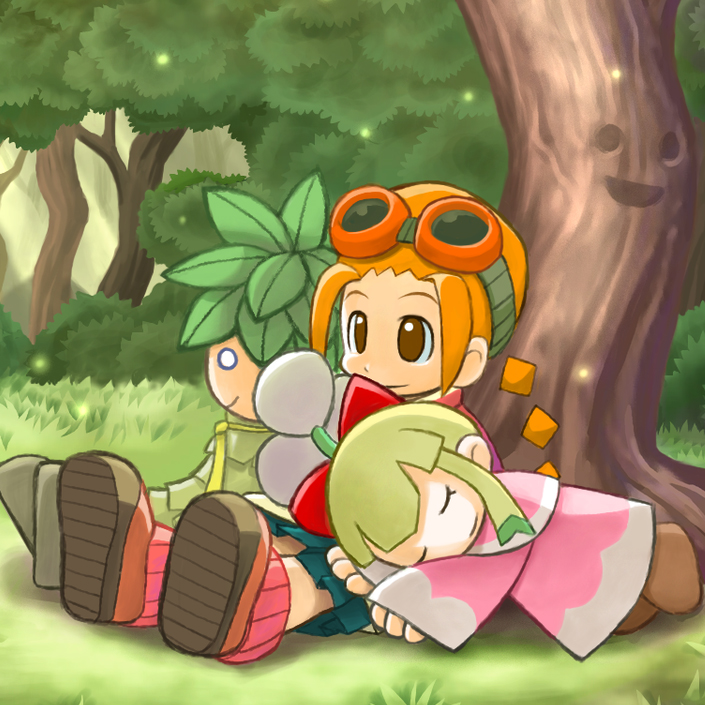