Trying out Scizor in Pokkén Tournament

Bringing some more Gen II love to Pokkén Tournament is the first Bug type making it to the game: Scizor! He’s been released in arcades here in Japan and I went out of my way to give the new character a test run. As this is a Pokémon I was hoping would make it into the game from the start it was a real treat seeing Scizor in motion, and I’ve got to say I walked away impressed. 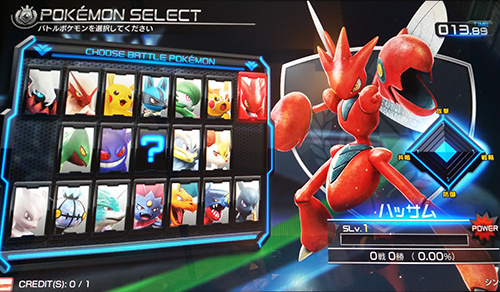 What immediately grabbed me with Scizor is how accurate his “feel” was to the Pokémon itself. Scizor plays exactly as I imagined it would with its basic movements and techniques, with fast but hard hitting attacks with the right amount of impact behind them. Likewise its movements around the field were quick in spite of its role as a Power Pokémon. Its dash has it gliding forward with its insect wings, allowing it to stay near its opponent. This is important as Scizor definitely benefits from staying inside and being able to lay on the hurt with its combo ability. While its attacks have the right amount of force in terms of feel the real damage comes with how well Scizor can make its attacks flow together.

The cornerstone of the Pincer Pokémon’s moveset is Swords Dance, where after completing the animation it gains a pair of swords at its back, with a maximum of four available at once. These allow it to enhance its attacks and extend combos meaning keeping these blades in play will be a key part of Scizor’s game plan. Bullet Punch, an attack that has become a signature ability of Scizor’s in competitive circles, also makes it into the game and is all too satisfying to hit with. Its Metal Claw made for a great frontal attack, especially when enhanced with Swords Dance, but I found myself using (what I think was) U-Turn into Aerial Ace for an approach, as it led into some flashy looking mid-air combos. 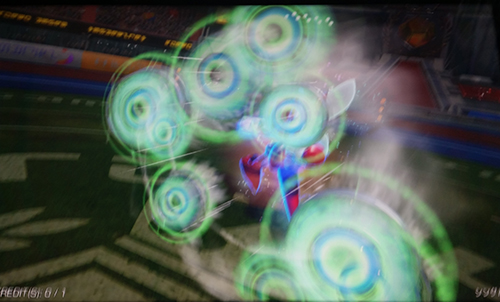 After my normal amount of plays, based on the money I put in, I got to face off with an AI Scizor as a special bonus promo, and seeing what the game itself could make happen with the Pokémon has me wanting to practice up. While I won, with a Mega Evolution powered EX Burst at that, seeing longer and more visually impressive combos in action highlights that there’s more to Scizor than what I could pull off with no prior knowledge of the character. Having some unique features and effective moves, I’d say Scizor was a great choice and I hope he comes to the the Wii U version along with Darkrai sooner rather than later.