In a brand new trailer this morning, two new Alolan forms were revealed. Grimer, who leaked earlier this week in CoroCoro, and its evolution, Muk. Alolan Grimer and Muk are colored differently than their Kanto counterparts, due to a diet of mainly garbage. When the people of Alola realized that their increasing population was creating a garbage problem, they imported Grimer from other regions as a solution. Garbage plants in Alola are filled with Grimer, ready and waiting to eat garbage. If Grimer runs out of garbage to feed on, it will begin to eat other manufactured material as well. 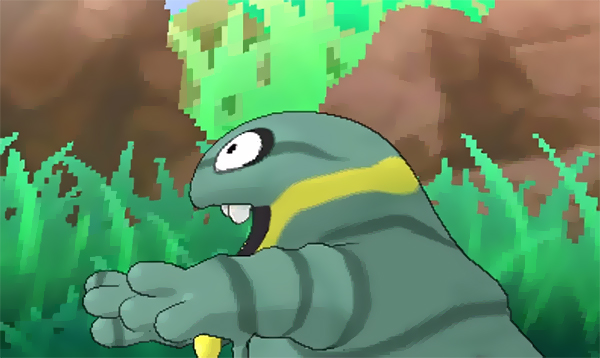 Alolan Muk, on the other hand, eats whatever it can get its mouth on: garbage, manufactured material, or otherwise. This huge appetite seems to stem from its need to consume toxins in order to maintain its energy levels. Alolan Muk has consumed so much waste that a brand new toxin has been formed inside of its body. Both Grimer and Muk have white, toxic crystals that have formed in their bodies as a result of eating so much garbage, and they are dangerous to the touch. In Grimer, they’re limited to its mouth, looking a lot like teeth; in Muk, however, the crystals are spread all over its body, and it uses them to its advantage in battle. The crystals are also knocked loose very easily, which makes them even more dangerous. 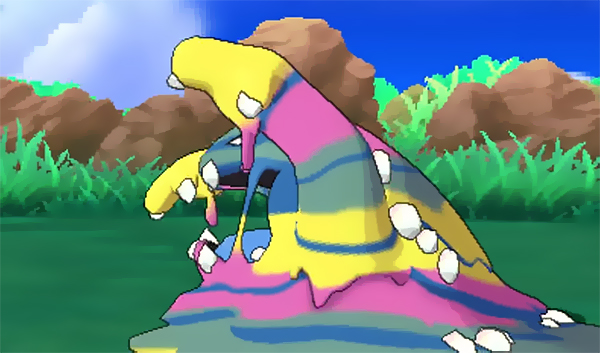 Another difference between normal Grimer and Muk and their Alolan forms is the smell. Due to their consumption of garbage, Grimer and Muk in Alola store all of their toxins inside of their bodies, rather than secreting them. As a result, you won’t have to deal with any acrid aromas when they are close by.

You can meet Alolan Grimer and Muk, along with many other new forms and new Pokémon when Pokémon Sun & Moon release on November 18th. Don’t forget to go pre-order now!