According to Serebii.net, the first photos of this month’s CoroCoro have leaked, revealing images of both Type: Null’s evolution and Jangmo-o’s evolutionary line. 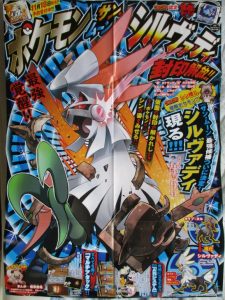 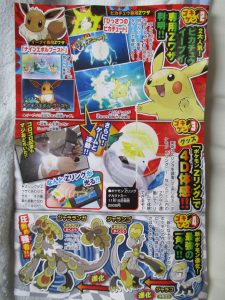 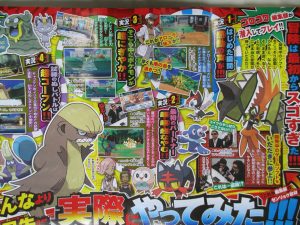 “When Type: Null finds a trainer it trusts, it destroys its helmet and evolves into Silvadi,” Serebii.net says. “It has a special item called Memory that lets it be one of all 18 types at any one time thanks to its ability, AR System. It’s not currently known if it’s one item that can change this, or if there are 18 different ones.”

Serebii.net also reports that Silvadi has a new attack called Multi Attack, “which changes type based on its hold item.”

The leak also confirms Trial Captain Ilmia as the first Trial Captain of the Alola region, as well as the Japanese name of Alola’s “first town”: Haouri City.

While Jangmo-o’s evolutionary line and Type: Null’s evolution have been known about since this morning’s Alolan Grimer reveal, this is the first time images have been made available of the Pokémon.

Stay plugged in to Nintendo Wire for more info as it breaks!