It looks like Nintendo and the Pokémon Company are beginning their final marketing push for Pokémon Sun & Moon, holding a recent press event with a variety of outlets and allowing them to play the first two hours of the game. Naturally, quite a few things have come to light from these myriad sources, and we’ll try to collate everything important here in one spot for convenience.

For starters, the two hours they played had no 3D, even on the New Nintendo 3DS units they were using. While this could change for the final release, that seems unlikely, given how close the launch date is. It’s worth noting that the Pokémon Snap-esque Poké Finder is 3D, but it’s a relatively small minigame in the grand scheme of things. Various sites also have nothing but positive things to say about the visuals, which are said to be more reminiscent of a more modern JRPG, with dynamic camera angles and more realistically proportioned models. 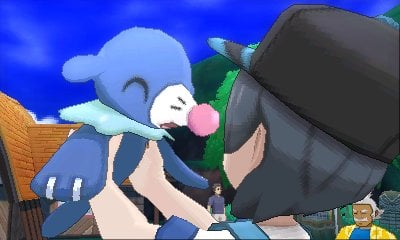 It’s not just the presentation that’s similar to modern JRPGs either, as many sites have also reported on a much bigger emphasis on story, although its still said to be reminiscent of older games in the franchise. We also have new perspectives on Team Skull, who are described as having a sense of humor and coming across more like Team Rocket than recent villainous teams. Special note must be made of them approaching the player in a berry grove and saying “let’s get figgy with it“.

The opening of the game is also tweaked ever so slightly with your rival picking the starter Pokémon weak to yours, and unlike Black & White it doesn’t sound like there’s a second rival with the stronger option. We’ll have to wait and see how that difference shakes out. 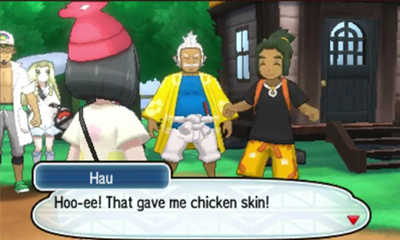 Digital Spy also reveals that Pokémon themselves have a much bigger role in the grand scheme of things too, with them making more appearances in the overworld and in general showing much more personality, thanks to updated features like Pokémon Refresh. It also sounds like the state of your Pokémon will change dynamically too; if they’re wet you can blow dry them and build stronger bonds.

Of course the biggest confirmed change is one that has been long rumored – there are no gyms. In their stead are the Seven Trials, which again play out more like a typical JRPG, with quests and objectives given by the local Kahuna. These eventually culminate in a face-off against the trial’s Totem Pokémon, with victory one step on the ladder to becoming the “Island Challenge Champion”. 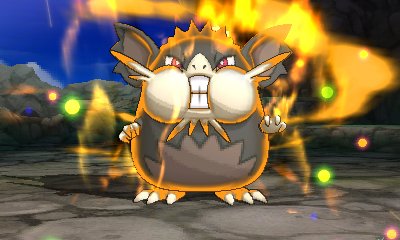 Another potentially massive change is that for the first time in the franchise’s history HM01 isn’t Cut – it’s Work Up. Considering Work Up in previous games was used to increase Attack and Special Attack stats, it’s hard to imagine how it could work in the field. It also lends credence to the idea exploration-required HMs are being toned down or outright removed for Sun & Moon and replaced with PokéRide, but that’s just speculation for now.

One final bit of news regards how the in-game effectiveness-checker works. While we saw it briefly in action at E3, where it showed what moves would be effective against the opponent on the selection screen, we now have a better idea of how it comes into play. It turns out that the first time you battle a Pokémon you won’t have the information, but upon subsequent fights with that same Pokémon you’ll be set. 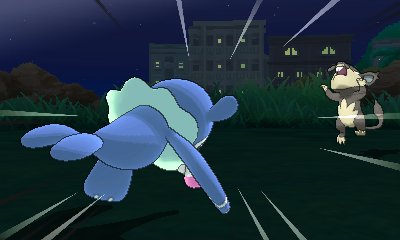 Given the wide reach of this recent press event it’s pretty clear Nintendo and The Pokémon Company are banking on not only getting fans on board but also converting those who have either never played before or haven’t touched a Pokémon game since the old days. We’ll just have to wait and see how well the games perform when they launch next month on November 18.