Pokémon Sun & Moon file size to be around 3.2 GB

The release date of Pokémon Sun & Moon is rapidly approaching, and if you’re thinking of going digital for your Alola adventure it might be time to start thinking about upgrading your SD card.

According to the official Japanese Pokémon Sun & Moon website (via Serebii), the game will take up around 3.2 GB, which is roughly 26,214 blocks. As a result The Pokémon Company recommends a 4GB SD card as a minimum, and note that it will be impossible to have both the demo version and the full game on a card that small. 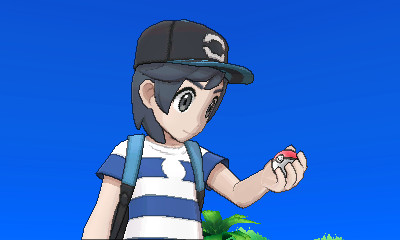 It also marks quite a big increase over the last two sets of Pokémon games on 3DS – X & Y were 1.75 GB and Omega Ruby & Alpha Sapphire were 1.8 GB. Given that the new games have a different overworld with larger models it perhaps shouldn’t come as a surprise that it takes up more space.

Sun & Moon aren’t the largest 3DS games out there, however, with Xenoblade Chronicles 3D taking the top spot with a whopping 3.6 GB file size. Still, the upcoming Pokémon games have edged out the likes of Metal Gear Solid 3D and Resident Evil Revelations, which hopefully means we have a huge adventure waiting for us when the games launch on November 18th in North America.