Pokémon Sun & Moon to receive a demo on October 18th

Almost a month ago we reported on the leaked Korean game listing for a demo version of Pokémon Sun & Moon, and now, finally, it has been confirmed. On October 18th you’ll be able to download a special demo version of the upcoming games.

Much like the demo for Omega Ruby and Alpha Sapphire, the story will be separate from the core game and introduce players to new mechanics. Most exciting of all is an exclusive Pokémon: Ash-Greninja. For the first time since Pokémon Yellow the game is explicitly referencing the long-running anime, where in the most recent season Ash formed a strong bond with his Greninja, making it take on a different appearance. On the official webpage it is even implied to be Ash’s own PokéBall, too. 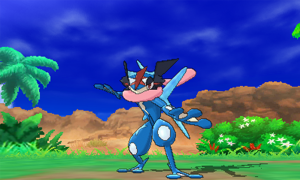 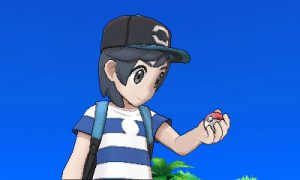 Greninja also has its own page on the official Sun & Moon website, which reveals the secret behind this transformation – a unique ability called Battle Bond. Whenever Greninja first makes a Pokémon faint in battle it transforms into Ash-Greninja. After battle it reverts to its normal form.

Like Glalie in the Omega Ruby and Alpha Sapphire demo, this Greninja can be transferred to the full game when it launches a month later. We’ll be sure to keep you informed of any future information regarding the demo!