It’s that time again, with another Pokémon Sun & Moon reveal coming in hot as the November 18th release date is less than 50 days away. Today’s update brought a look at three new evolved Pokémon I know people have been dying to see, as well as new features, the return of an old one, and a special way to play the game early with a bonus reward coming soon. Let’s get to it and take a look at it all!

They wasted no time in showing off the evolved versions of the Alolan starters. Rowlet will grow into Dartrix, the Blade Quill Pokémon. Sporting a fancy new haircut and a smile that can’t be beat, it’s a charming looking Pokémon with some interesting personality. While its prowess in battle is unquestioned, it’s able to throw the bladed leaves within its wings with high precision, planned finesse, without needing to even look at its enemy. (It’s also a bit snobbish and fussy.) Taken with its new appearance, Dartrix needs to make sure it’s looking its best at all times. Sadly, this can leave it a bit unfocused on what’s at hand and leads to an earnest effort to right itself – this can occasionally make things a bit worse. That said, I’m still all aboard this grass owl train and can’t wait to bond with my Rowlet, then Dartrix, throughout my journey. 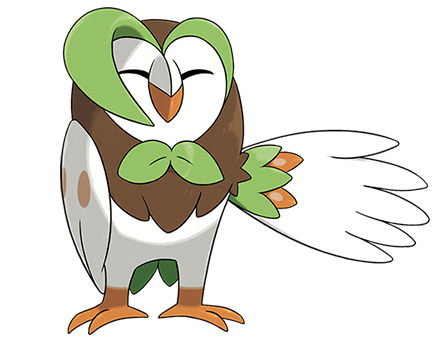 Torracat, the evolved form of Litten, keeps an overall consistent look but trades housecat indifference for wildcat wiles. Sporting a cute fanged grin and longer fur, it’s noted for being a much more active and enthused battler. Those extra whiskers also allow it to sense enemies, even in the dark. Most striking though is the bell-like object hanging from its neck. This flame sac produces the fire Torracat uses to battle, in tune with its emotions. When it reaches that point, not only will the flames burst out, but a high ringing sound will accompany them much like an actual bell. It’s aware of its power and can behave a bit spoiled in the company of those it trusts, making it another slightly high maintenance Pokémon. Trainers will have to keep an eye on it, especially if it throws a wayward cat punch, known to bend metal and knock out people in one blow.

Lastly is Popplio’s evolution, Brionne. As a Pop Star Pokémon, it loves to dance and can imitate both other Pokémon and even humans. On moonlight nights people say they can sometimes see perfectly synchronized groups of Brionne performing together. As it dances it creates water balloons over and over, which leads to its battle strategy. First it distracts with its style, and then it hits these balloons at its opponent, leading them to burst and damage. Brionne’s noted as being especially cheery, keeping a positive attitude no matter what. It’s still quite touching to hear that a Brionne will only ever show a sad expression to a trainer it’s fully opened itself up to, highlighting the trust and growing bonds that lies at the heart of Pokémon. 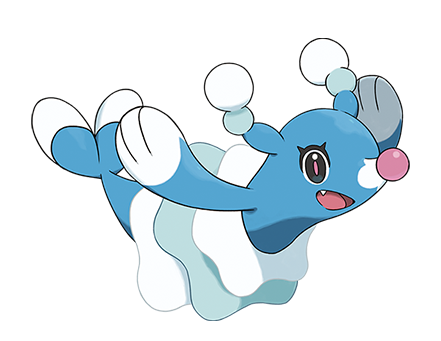 Once the starter evolutions were introduced, the trailer moved on to some new social features present in Sun & Moon. The new Festival Plaza is hosted by Challenge Captain Sophocles and looks to be a combination of sorts of the Player Search System that could occupy your lower screen, allowing you to conduct battles and trades within, and the Join Avenue location from Black 2 & White 2. Players both nearby and from around the world will show up in the plaza and ask to be shown around, just like NPCs in Join Avenue. By taking them to locations they want to see you can earn Festival Coins, which can be used to shop in the Festival Plaza. Services available will be things like rare items, increasing Pokémon base stats, or clothing items. Likewise, the more coins you gather, the more the plaza will grow, giving you more things to do, special rewards, and the ability to make your guests happier. These happy visitors can even be recruited to go on missions with you, where a group has to reach a target goal. By the sound of it, there’ll even be global missions for everyone playing Sun & Moon to attempt together. 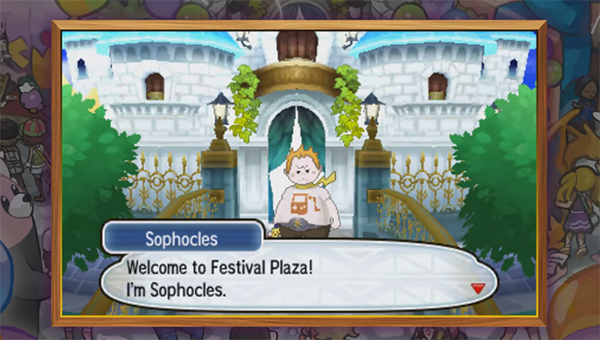 Next up for new locations with new features is the Poké Pelago, a collection of small islands visitable by the Pokémon currently in your PC boxes. With the help of Mohn, a new character that runs the feature, your Pokémon can spend time at these islands playing, training and gathering items for you. As of now, three of these islands have been named: Isle Abeens, Isle Aphun and Isle Evelup. At Isle Abeens you can gather beans and use them to attract wild Pokémon in order to potentially have them join you. On Isle Aphun your Pokémon will hunt for rare items on your behalf, bringing them back after a job well done. Items shown included multiple evolution stones and there’s sure to be plenty more where those came from. Isle Evelup is used to train your Pokémon via mixed drinks. These can be used to directly gain experience or to raise base stats, with potentially more drinks to be shown in the future. 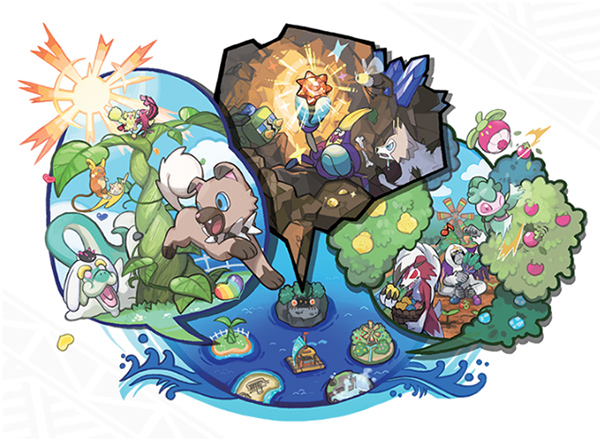 As far as old features coming back, a topic that had yet to be discussed and that has so far shown no new elements was featured in the trailer. Returning from the Gen VI games, it’s Mega Evolution! Behaving much the same as it did before it’s nice to see that the new battle element isn’t being shelved. There haven’t been any new Mega Pokémon revealed, though we do know the Z-Ring will play a part in enabling Mega Evolution. Hopefully more is revealed in the coming weeks, as it would be great to see some new Pokémon gain a chance to power up.

The video ended with an announcement of a special demo coming on October 18th. Much like Omega Ruby and Alpha Sapphire, this will allow players to experience a sectioned off area of the game at their leisure before the game releases. There’s also going to be a special gift for players that see it through to the end. By completing the demo, you’ll be able to transfer your partner throughout the mini adventure to your copy of Sun or Moon. It’s none other than Greninja, the popular Water starter evolution from the Kalos region, though with a special ability that’s yet to be seen in the games. The Greninja will have the ability Battle Bond, which will activate when it KO’s an opponent. This will change it into the previously anime only Ash-Greninja, a powered up version that showcases the strength of its connection to its trainer. While the full details haven’t been provided yet, it’s only two weeks away from the demo’s release via the eShop, so you won’t have to wait long! 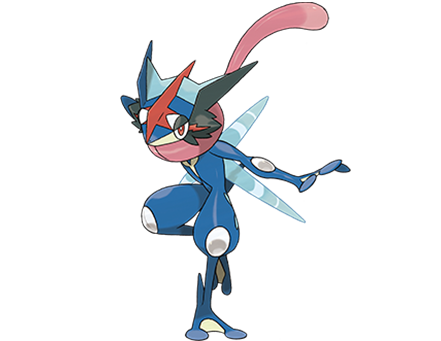 That’s it for the new trailer, but there are some other reveals to make note of. The Pokémon Global Link will be seeing a huge update full of new online features for players both competitive and casual. A new 2DS was also announced for Pokémon Sun & Moon in Japan, themed after Pikachu and the new starters. And finally, we know when the next reveal will be: October 14th. Join us again then for another breakdown and yet another chance to get excited about your upcoming Alolan adventure.