Fans and those unfamiliar with the series alike can now pick up Azure Striker Gunvolt: Striker Pack from retailers in North America.

The game, developed by Inti Games and published by Shovel Knight-creator Yacht Club Games, includes both the original Azure Striker Gunvolt and its sequel. 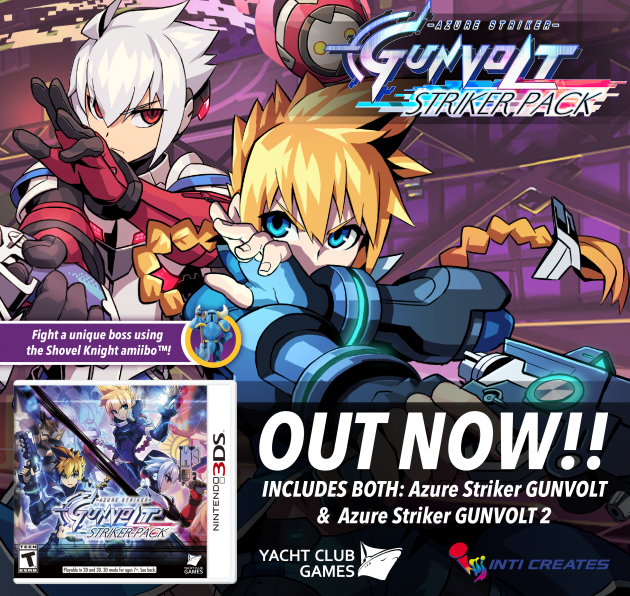 Those who own the Shovel Knight amiibo will also be able to unlock a special boss fight with the blue-clad warrior himself.