The official Japanese Twitter account for Pokkén Tournament tweeted earlier this evening that a brand new fighter would be revealed for the arcade versions of Pokkén Tournament on October 13th. Since the leak this summer, which stemmed from the console versions, pointed to Darkrai, Scizor and Empoleon being added, the arcade versions have received only Darkrai. With Scizor and Empoleon nowhere to be seen, is it possible that one of these two could be revealed in just a few weeks? We’ll have to wait and see.

Hopefully we’ll see Darkrai and this yet-to-be-announced fighter come to the Wii U version soon as well, since we’ve yet to see any new fighters added or announced for the home console version of Pokkén Tournament. 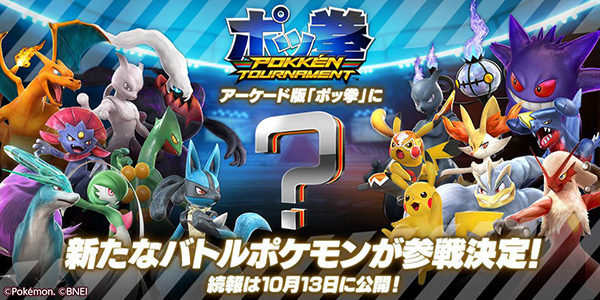