Every time I finally started to think Sonic Boom: Fire & Ice was headed in the right direction, I hit a wall. Literally. For a franchise that has built its reputation on blistering speed and fast-paced platforming, Fire & Ice tries as hard as it can to slow you down at every turn. Pair that with muddy graphics, eye roll-worthy dialogue, repetitive level design and an overall lack of quality, and you’ll realize Sonic Boom: Fire & Ice is not the saving grace the Sonic franchise needs. In fact, it’s quite the opposite, as Fire & Ice is the worst experience I’ve had with a video game in years. Happy 25th anniversary, Sonic.

If you’re unfamiliar with the Sonic Boom spinoff series, you’ve been very lucky. The main draw to the Boom brand is the television show, which has actually been quite successful with Sonic fans. Sonic Boom features redesigned Sonic characters with reimagined personalities. Before the TV series kicked off a couple of years ago, Sonic fans were appalled by the unacceptable quality of the two Sonic Boom games. 2014’s Rise of Lyric and Shattered Crystal went down as two of the worst games in Sonic’s up and down history. Fire & Ice was supposed to be the game that turned it all around for the universally despised Boom brand, but it unfortunately only adds to the list of things to hate about this version of Sonic and friends.

Fire & Ice features five playable characters throughout the story mode, but I found myself playing as Sonic about 90% of the time. While normally playing as exclusively Sonic would be a positive, his speed is too low to ever get in a good rhythm. On top of that, Sonic will only run at a decent speed if the Y button is held down at all times. The game is clearly not designed to run at the faster speed, as there are obstacles that are impossible to notice until they have stopped you dead in your tracks. Sonic games have always been great at balancing speed and player interaction, but whenever Fire & Ice actually picked up some speed, I lost all control over the character and was limited to watching Sonic rush through loops. The physics of Fire & Ice don’t offer the feel that a Sonic game should give off at all. Not only does the all-important homing attack feel floaty, but Sonic has a strange new triple jump that never felt quite right. 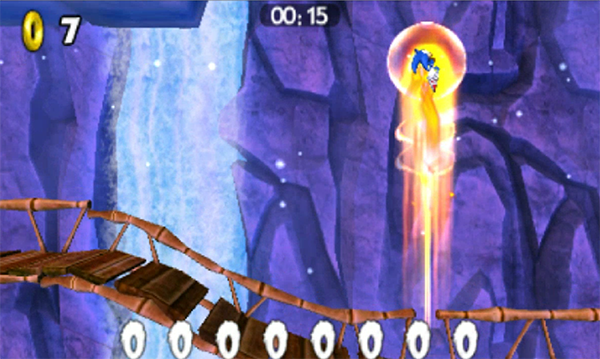 Fire & Ice isn’t difficult as much as it is unfair; I encountered dozens of cheap deaths that were completely out of my control. What’s worse, every time Sonic takes a hit, he’s warped backwards to some arbitrary location and forced to redo a part of the level. This is not to be confused with dying, where Sonic has to restart from the nearest checkpoint. For a game that caters to the young, it’s an awfully frustrating decision that sucks any remaining enjoyment out of the bland levels.

Sonic games usually aren’t praised for the plot, but Fire & Ice takes it to a new low. Sonic and Tails discover a weird fissure, and Tails decides it needs to be closed. Because, science. Tails also figures out a way to harness the power of the fissure into bracelets he happened to have. Sonic, Knuckles, Tails, Amy and Sticks travel across the world to close fissures using their newfound fire and ice powers. This may be Sega’s way of trying to raise environmental awareness, but it comes across as a rushed, last minute idea. The story is patched together through animated cutscenes using the voice actors from the Sonic Boom television series. 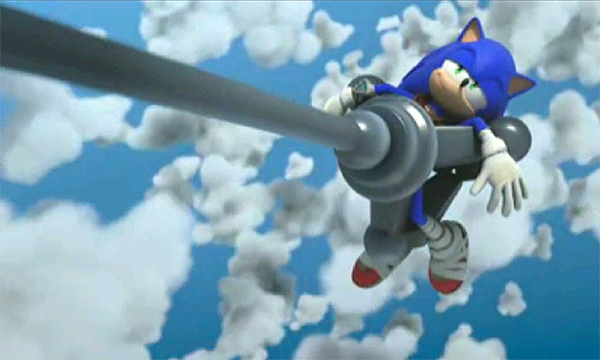 The new fire and ice mechanics add little to nothing to the overall gameplay. While obstacles requiring Sonic to switch between the fire and ice powers appear frequently, the swap is made with a simple tap of the R button, taking no actual skill from the player. You would think that all players would be able to know that fire melts ice, but all ice-based obstacles are labeled with a fire logo, thus eliminating absolutely any thought the player would have to put in to solve the puzzle. It’s obvious that this game is meant for a younger audience, it’s just a shame the game can’t provide fun for older Sonic fans.

If collectathons are your thing, Sonic Boom has got you covered. There are dozens of collectibles to find in each world to spend at various in-game hubs all around the poorly designed world map. While most of the levels can be completed as Sonic, these hidden items are in areas that can only be accessed by switching to one of the other four characters. Amy has her hammer, Knuckles can dig underground, Tails can fly, and Sticks has a boomerang. The levels are too long and boring to actually have the motivation to search for those hidden items, and the thin upgrade system these unlockables provide is not worth spending your time on. 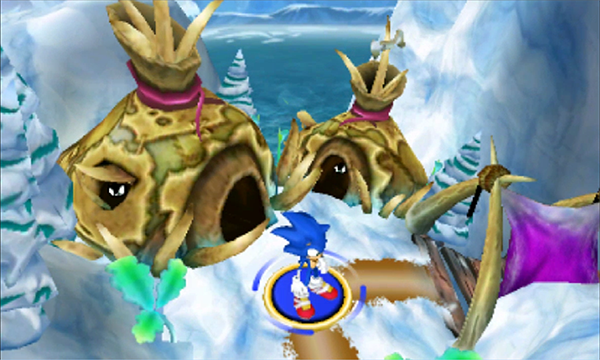 Just like everything else in this game, the level design in Fire and Ice lacks any sort of creativity. Instead of feeling like an integral part of the level design, the various worlds seem to only change what the background looks like, not how the level plays. There are almost zero differences between the areas besides aesthetic changes. It didn’t matter if I was slogging through a world based on snow or trees, it felt like the same level. Even the boss fights are a snooze. Most boss battles have the same gimmick throughout the game, so if you’ve seen one, you’ve seen ‘em all.

If the main levels weren’t bad enough, there are some stages where three laps must be completed around the same, uninspired course. Eggman will randomly kidnap Sonic and pit him against one of his robots in an attempt to prove that Sonic is no longer the fastest thing on the planet. What follows is a very easy race around courses that drag on for far too long. This little song and dance happened five or six times throughout the story, but it overstayed its welcome after the first. 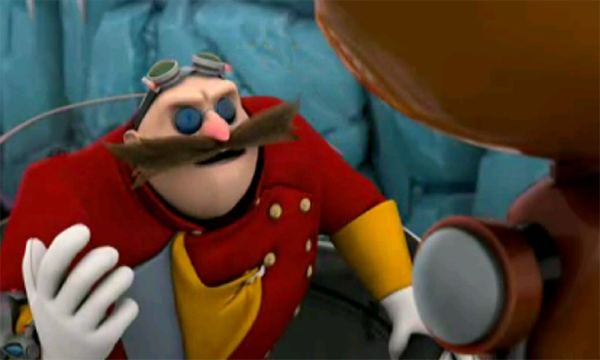 Even the world map feels thrown together at the last minute. Countless times I would go down a path only to discover it was a meaningless dead end. The level markers themselves resemble blue and red spaces from Mario Party, so at least I was reminded of a decent video game while playing through this hot mess.

Usually Sonic games always have the soundtrack to fall back on, but that is definitely not the case with Fire and Ice. The repetitive tunes are so obnoxious and annoying I found myself playing with the volume turned down most of the time.

Sonic Boom: Fire & Ice is a bust. It falls into the dreaded category of games that have been pushed out just to support a movie or television show. Sonic is supposed to be fast, but that doesn’t mean the development of the game had to be rushed. For a game that was delayed nearly a year, it’s unacceptable for the final product to feel so thrown together. While this Sonic Boom game doesn’t contain game-breaking glitches like the previous titles, it’s still not a step up in quality. Everything about Fire & Ice is bland. The levels are boring, the boss fights are tacky, the story is not engaging and the music is weak. If you’re a die hard Sonic fan, skip Sonic Boom: Fire & Ice. If you don’t, you’ll just end up getting burned. 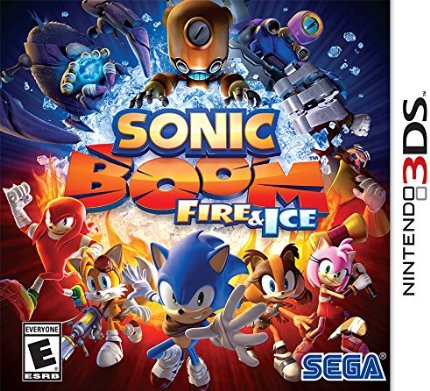