Looks like there has been a change of plans in regards to how Darkrai will be distributed in North America. Instead of being distributed through a code in the Pokémon Company newsletter, Darkrai will be obtainable with a shared serial code of Darkrai20. This code is set to work until October 31st, which should be more than enough time for everyone to get their hands on the legendary Pokémon. Oh, one more thing: If you have already received Darkrai from Gamestop earlier this year, you cannot get him a second time! 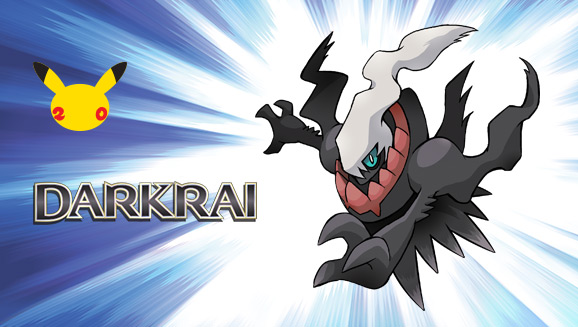 Moving on to Europe, some new distributions for Volcanion have been confirmed. You’ll be able to pick up a code October 1st through November 23rd at Gamestop, Webhallen and Spel & Sånt locations in Sweden.

Finally, both the 3DS and mobile versions of Pokémon Shuffle are getting some new challenges:

That’s all for now!