Well, we can add one more odd feature omission to the Super Mario Maker port coming to 3DS later this year. Along with no online course uploads and a complete lack of amiibo support, the game’s official box art has revealed that it will have no stereoscopic 3D support. 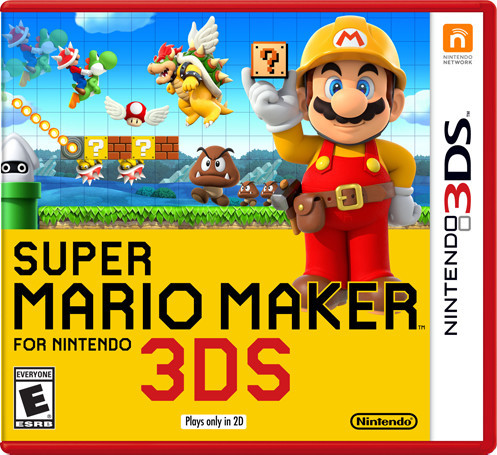 The mysterious thread connecting all of these strange shortcomings is that they all seem like issues that could be resolved with a little bit of effort. New Super Mario Bros. 2 ran and looked brilliant on 3DS in either 2D or 3D mode. Granted, Super Mario Maker has the potential to have a lot more going on mechanically and visually, it still doesn’t seem like too much of a stretch. If it’s really a matter of processing power, games like Hyrule Warriors Legends have restricted 3D mode to the New 3DS exclusively, leveraging the system’s beefier hardware.

Side-scrolling platformers look fantastic in stereoscopic 3D, that’s what makes this decision really sting. A portable version of Super Mario Maker could have been a no-brainer purchase for any 3DS owner; but with all of these missing features, it’s becoming harder and harder to justify the purchase.