It’s that time of the month when CoroCoro information starts seeping through the cracks of the Japanese web, and after yesterday’s information about new Ultra Beasts and more, new screenshots today reveal more of Lugarugan, the two-formed evolution of Rockruff. 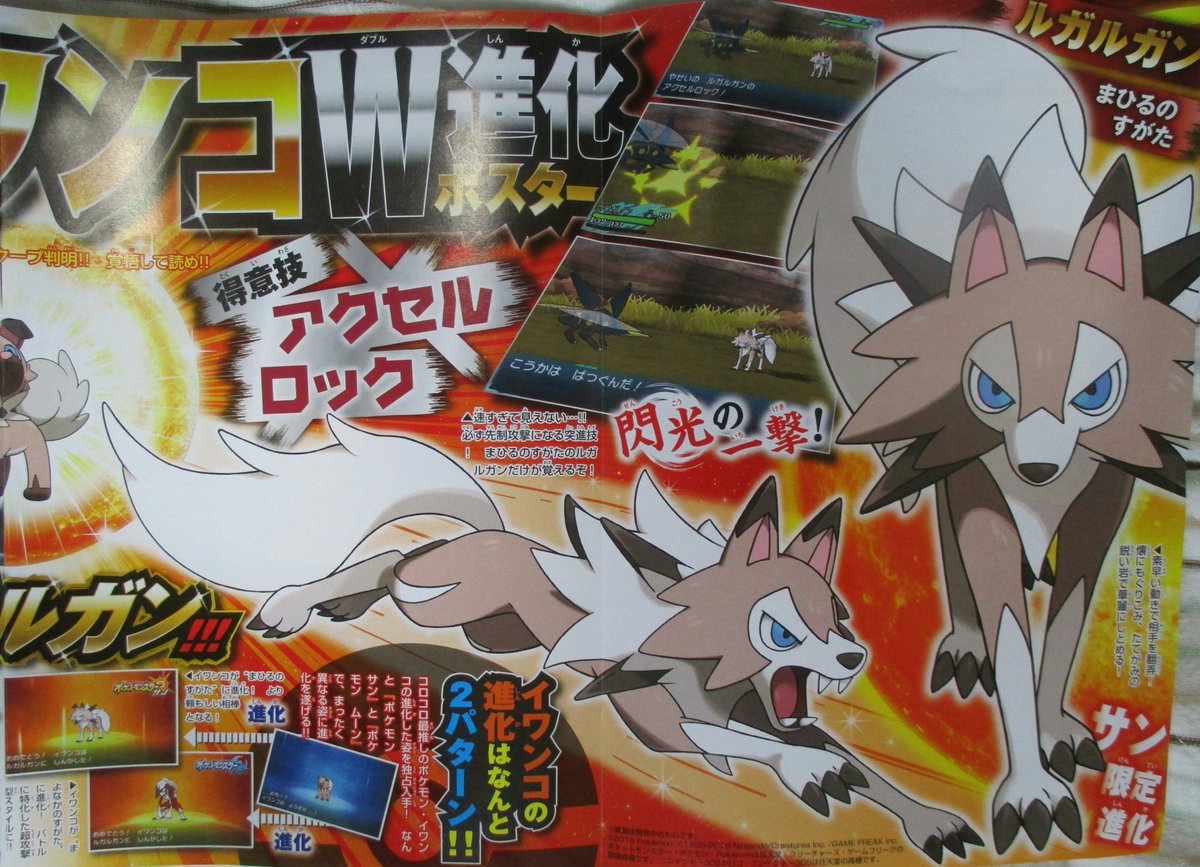 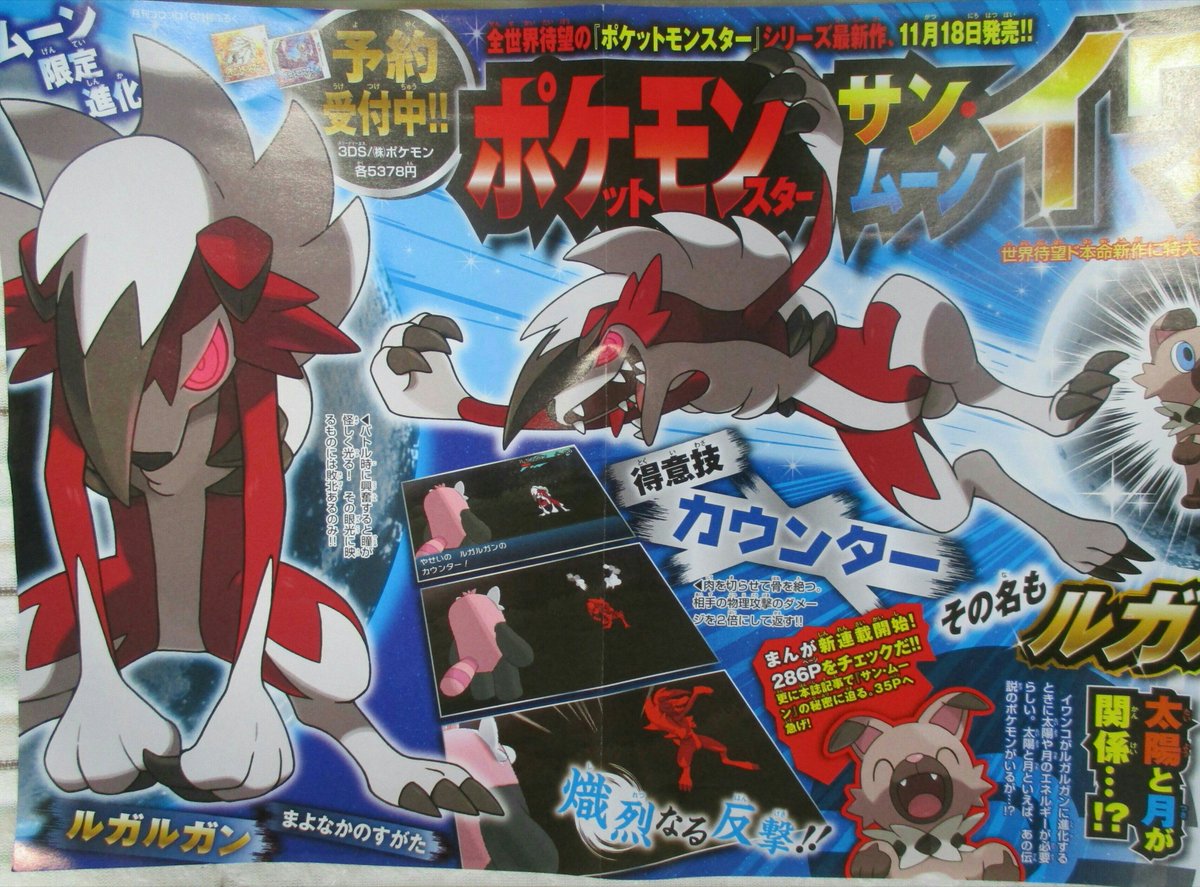 The magazine implies that Rockruff will evolve into a particular version of Lugarugan based on the version of the game you own. The implication is that Lugarugan will take the Midday Form if Rockruff is evolved in Sun Version, and the Midnight Form if evolved in Moon Version. Both forms may also have different movesets, as the Midday Form is shown using a new move called Accel Rock while the Midnight Form is shown using Counter. It’s also possible that they have different typing, though there is no confirmation of what either form’s type is at the moment.

We’ll be sure to update with pertinent information as and when it is released, which will likely be on Wednesday at 10:00 PM JST (6:00 AM PST, 9:00 AM EST), as previously announced.