Welcome back to Part 3 of our PAX Indie coverage! In Part 2 we covered some hot upcoming Wii U titles like Shantae: Half-Genie Hero and Severed, and this time we’ll be wrapping up our Indie coverage of the show. There were some surprise gems that I wasn’t expecting to enjoy so much, and I’m very excited to talk about them. Here are my final impressions of indie titles at PAX West 2016.

I’ve never been a huge racing or F-Zero guy. The only game of the latter I played was GX, which – when you’re a seven to eight year-old who’s bad at video games – was not an easy ride. So when I heard about FAST Racing NEO, a spiritual successor to everyone’s favorite future space racer, I appreciated it from afar while passing it up. But now that I’ve gotten a couple rounds in, I might have to take another look, because this one was a blast. 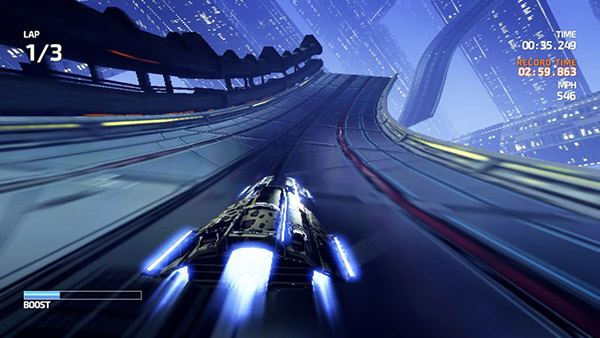 For starters, FRN is stupidly beautiful. The bright saturation and vivid details make everything pop and come alive in a way I didn’t know independent developers could do. The cars are all uniquely designed and look great, as do the varied tracks. The gameplay itself was also extremely tight, and is just as fast as the game’s title would suggest – boosting, sliding and leaping through levels is both fun and frustrating (in a good way) due to just how much adrenaline the game is pumping at all times. Out of the three races I played with others, I won one, mostly because it was the only time I didn’t crash at least three times.

Coming from someone who generally isn’t hot on racing games not named Mario Kart, I found FAST Racing NEO to be a very enjoyable ride. The game’s available right now in the eShop, with a brand new DLC pack due out at the end of the month. If you’re an F-Zero fan, you’ve probably already got it in your Wii U library, but even if you don’t consider giving this one a look. It’s been 13 years since GX came out, and I’m sure strong interest in this game would catch Nintendo’s eye.

World to the West

You ever have a game whose name you hear a lot, yet you never look into it yourself for whatever reason? Teslagrad was one of those games for me, but upon playing Rain Games’ follow up, World to the West, I’m definitely curious about their first effort. As a sort of successor to Teslagrad, which has some of the same characters and locations but isn’t needed to play through this one, WttW is a colorful, adventurous 2D Zelda-esque game. 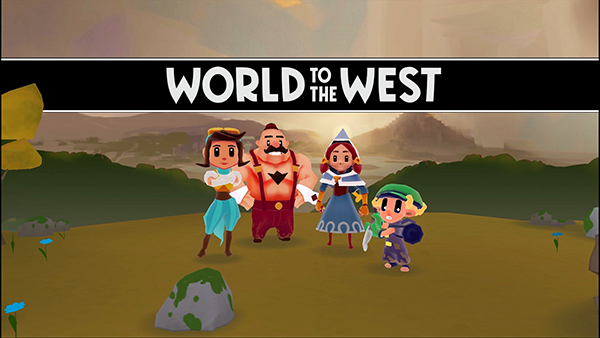 The main feature of World to the West is its multiple characters. Players can freely switch between characters in order to solve puzzles and clear certain obstacles, similar to something like Trine or Lost Vikings. What makes WttW unique is the very open map and the fact that you can switch across the entire world all at once. As such, you don’t have to confine your characters to all the same place at once, and can have them explore different areas at your leisure. The way they may tackle certain enemies or conundrums also varies – some of your characters may be able to simply beat up foes, but others may have to Metal Gear their way around stealthily. The variety of gameplay is sure to make for a very rich experience in the full game.

The build I played of World to the West was still very clearly early in development, but it held great promise for what lies ahead. Its aesthetic was pleasing and colorful, its puzzles a good level of difficulty, and I’m very excited about the four characters we’ll get to play as. WttW was a game I wasn’t even aware existed before I attended PAX, but I have my eye on Rain Games and their future efforts, and am quite interested in the game’s progress. Action puzzlers are always enjoyable to me, and I sure hope that this one doesn’t disappoint.

I love weird games. EarthBound is my all time favorite, for heaven’s sake. So it takes a particularly peculiar experience for me to scrunch my eyebrows and think “what?” And yet, that’s exactly what happened when I stumbled upon YIIK (pronounced like “Y2K”), which earns its subtitle description perfectly due to its bizarre and surreal take on late ’90s pop culture and conspiracy websites.

The story follows the case of a girl who goes missing in 1999, and the one man who may know the truth of her disappearance. Animations are janky and low framed on purpose, and everything has a 3D polygonal appearance similar to rough PlayStation titles. I didn’t get to hear much of the soundtrack, but it has some very notable names listed, including Hiroki Kikuta (Secret of Mana) and Toby Fox (Undertale). Weapons, characters and items are fittingly weird (the main character attacks with “Now That’s What I Call Music” vinyls), and there’s a fair share of strange pop culture references and enemies. Battles themselves are similar to a Mario RPG, with timed prompts for both attacking and defending, though the timing on said prompts are much stricter than those of Paper Mario or Mario & Luigi. Otherwise, it’s fairly standard JRPG fare, though it certainly feels like anything but. 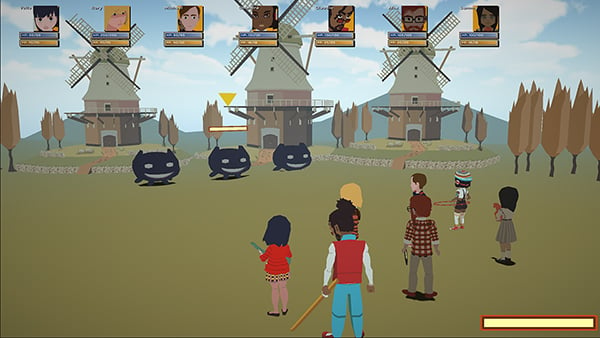 I often hesitate to compare games to EarthBound, due to its pedigree and how often games with even the slightest bit of oddity are suddenly pitted against it, but YIIK certainly seems to follow in its footsteps. If EB was a lampoon of NES-era games through the aesthetic lens of ’50s America, then YIIK is a satire of PS-era RPGs via an almost vaporwave-esque parody hipster style. The demo I played is actually available online right now, and is quite lengthy (I think it took me over an hour to complete, and I skipped a lot of the town area). YIIK was the biggest surprise of PAX for me, and has got me hooked due to its strong style and writing. And hey, any demo that ends with a jukebox-haunting specter morosely singing “Wonderwall” is great in my book.

The final indie title of PAX was one I was unfortunately unable to play myself, but am ecstatic for all the same. Tucked away in a small corner of the convention hall was Earthlock: Festival of Magic, which has to be one of the most charming games I’ve ever seen. A classic JRPG in the vein of old Final Fantasy from Norwegian developer Snowcastle Games. While I didn’t demo the title personally, I had a nice chat with the exhibitioner about the development process and game details.

Earthlock is set in the fantastical world of Umbra, and features a diverse cast of characters with differing origins and personalities. Its painterly style is as exuberant as it is colorful, and the environments appeared varied, creative, and detailed. Battles are classic turn-based affairs of yore, but you can kite enemies before battle to fight more at once – which gets you more EXP. What I’ve heard of the soundtrack was also majestic and glorious, and the lore of the game was rich and plentiful. 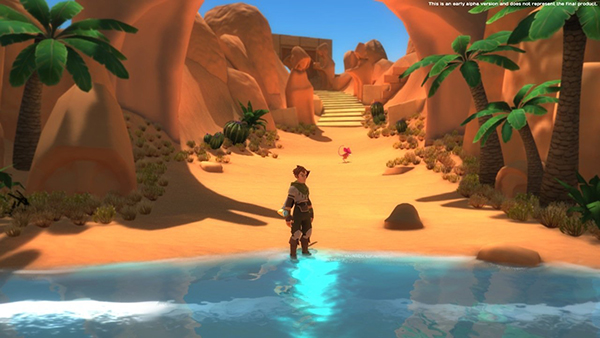 There was an intense and burning nostalgia in watching this game, the sort I haven’t felt much of in past years. The way it calls back to the spirit of old JRPGs while also paving its own course is nothing short of exhilarating, and every last moment of the game that I saw charmed my socks off. The developers were unbelievably kind and gracious, and expressed their hope and excitement about how Earthlock would perform on Wii U, where they think their biggest audience will be. This game has captured my heart already, and I absolutely cannot wait for its release.

So those were the Nindie games of PAX West 2016! With maybe one or two exceptions, they were all splendid experiences, and have definitely made me at least look into a game or two that I might not have done beforehand.

Sharp-eyed readers may have noticed two absences. The first was Runbow Pocket – which, I must admit, ended up slipping my mind. I played the original on Wii U and thus wasn’t too concerned with playing the 3DS port, but if it’s anything like the original then it’s sure to be a fun and colorful platformer with some nice multiplayer and indie cameos. I do apologize for the lack of a detailed write-up, but be sure to check out the official Runbow Pocket site.

The other game there I didn’t play was Axiom Verge, which was because… well, I already reviewed it in full. The game is amazing, go buy it now. I did, however, get a chance to thank and congratulate the developer, the wonderful Tom Happ, for such an amazing experience. You can check out the full Axiom Verge review if you want a more detailed look.

Indie games are something special. In an age where big developers seem to be succumbing more and more to bloated excess and questionable business practices, they remind us that all it takes to make a good game is creativity, hard work and a dream. From all of us here at Nintendo Wire, thank you for reading– and get ready for some amazing games coming your way!