During a special iPhone 7 announcement event in San Francisco today, Apple threw a curveball when it welcomed Nintendo’s Shigeru Miyamoto to the stage. Mario’s creator was on hand to unveil a brand new mobile game, developed by Nintendo, that will debut on the iOS app store later this year: Super Mario Run. 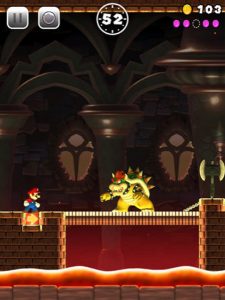 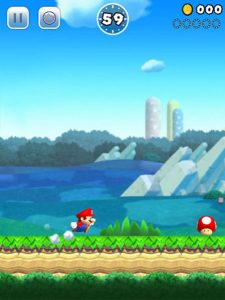 Super Mario Run is an endless runner game in the style of New Super Mario Bros. Designed for simple, one-handed play, Run tasks the player to guide Mario through traditional Super Mario Bros. levels by avoiding obstacles and collecting coins while he automatically runs to the right. As in all Mario games, Mario’s jump height can be controlled by using long or short taps on the touchscreen. Eventually you’ll encounter more elaborate obstacles in the game, such as blocks that can change Mario’s direction.

A battle mode in Super Mario Run, called Toad Rally, will pit two players (friends or strangers) against each other to compete online for the highest score. In this mode, levels will be endless, so it’s all about collecting the most coins before the timer runs out. When the match ends, Toadette will appear to judge the race and declare a winner.

In a first for a Nintendo mobile app, Super Mario Run will not be a free-to-play title; and instead will have a set price up front, which has yet to be revealed. The iOS 10 version of the game is scheduled to be released in time for Holidays 2016, and will include a set of Super Mario themed stickers for iMessage.

There’s been no official word yet on an Android release for Super Mario Run.

Check back for more information on Mario’s mobile debut as it becomes available!