Full summary: Pokémon GO for the Apple Watch is due later this year

Niantic Labs, the creator of Pokémon GO, announced during today’s Apple Live Event that users will be able to play Pokémon GO on their Apple Watches this year.

Pokémon GO on Apple Watch will heavily focus on the fitness aspect of the game and aims to deliver an alternative way to playing the game. The Apple Watch version will not replace the full game, but will instead act as a companion to it.

Keeping fitness as a top priority, the Apple Watch will display how many calories you’ve burned walking, how many steps you need for your egg to hatch, and more – all with a simple glance at your watch. In addition to those items, wild Pokémon encounters will also pop up on your watch display, and you can even access Poké Stops and collect items from your watch.

Other information, such as earned medals and watching your eggs hatch, can also be seen on your watch. 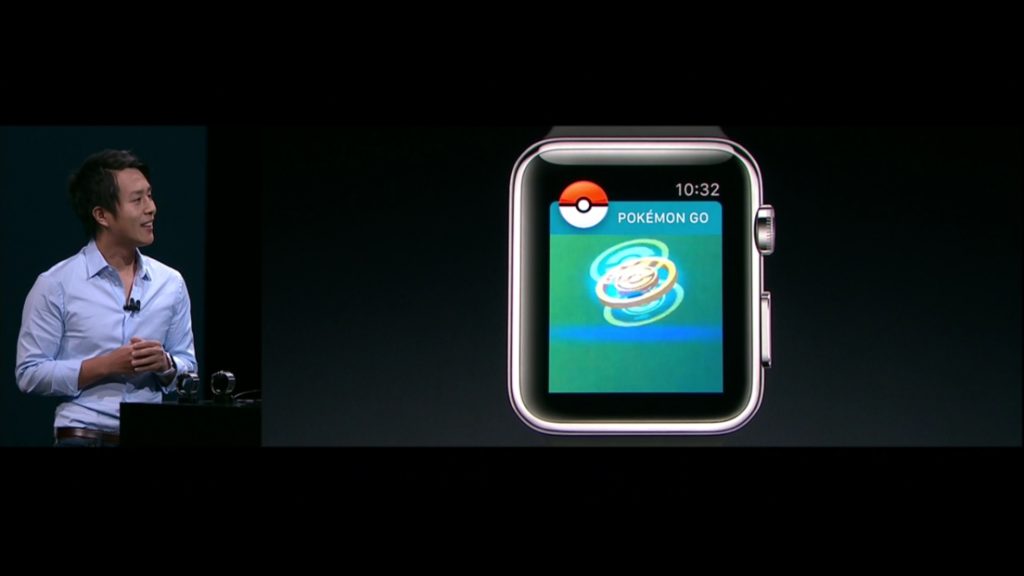 No official release date for Pokémon GO on the Apple Watch has been confirmed at the moment, but you can expect to play it before the end of this year.

Frank is a journalism student at the College of Staten Island and knew he wanted to write and talk about video games since high school. If Frank isn't on campus, he's probably gaming, spending time with his friends, at the gym, or trying to hunt down a rare amiibo out in the wild.