New galaxy styled New 3DS XL is out of this world

Nintendo is no stranger to creative and unique designs for its handhelds, but its newest version of the New 3DS XL is stellar indeed. NOA revealed today a new galaxy styled New 3DS XL, which ships today and will be found in North American stores starting this week. 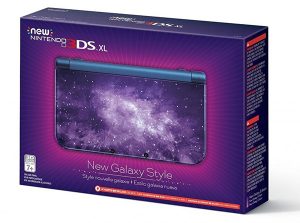 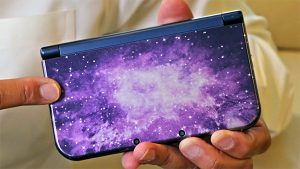 The announcement was coupled with a video by company president Reggie Fils-Aimé, who offered a fairly standard appraisal of the system and its functions. Besides the cool violet-white design, it appears to be just the same as other New 3DS XL systems. Even so, it’s sure to be a neat design for collectors and space fans alike.

The system will retail at the standard New 3DS XL price of $199.99. No European release has been announced.

You can order the Galaxy Style New 3DS XL on Amazon today!