The Pokémon Company has announced that a special 20th anniversary trading card event is coming to Japan on October 10th. Pokémon Card Game: 20th Anniversary Festa includes a tournament, special giveaways and promotional items galore!  A special edition Pikachu full art card will also be given out to those competing in the tournament which features all three Kanto starters and the 20th Anniversary logo! 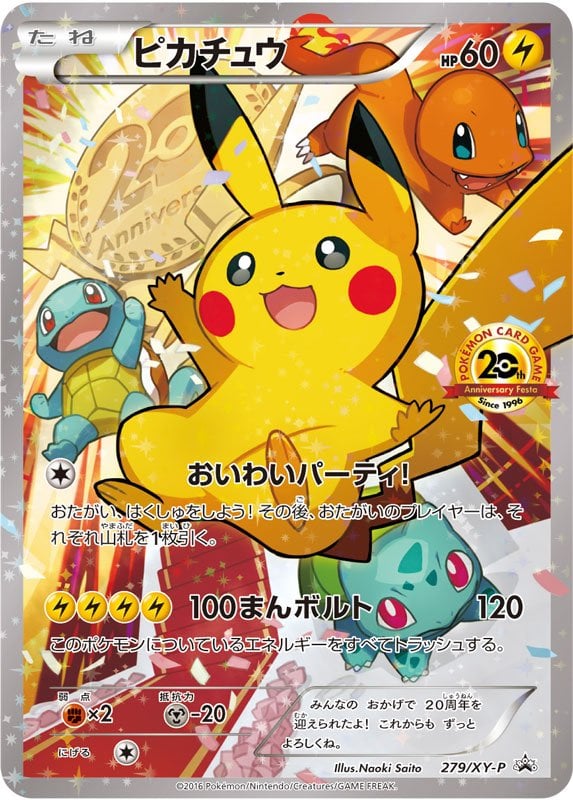 Pokemon Card Game: 20th Anniversary Festa kicks off on October 10th at the Toki Messe Exhibition Hall in Niigata. You can find more details about the event here.