While the western release date for Phoenix Wright: Ace Attorney – Spirit of Justice was confirmed just a few short weeks ago, we were still in the dark about one aspect of the game – DLC.

Now, thanks to one 3DS owner seemingly getting the game early, we have our first look at the title screen, which has an option for “Extras and DLC” just like the last new entry; Dual Destinies. 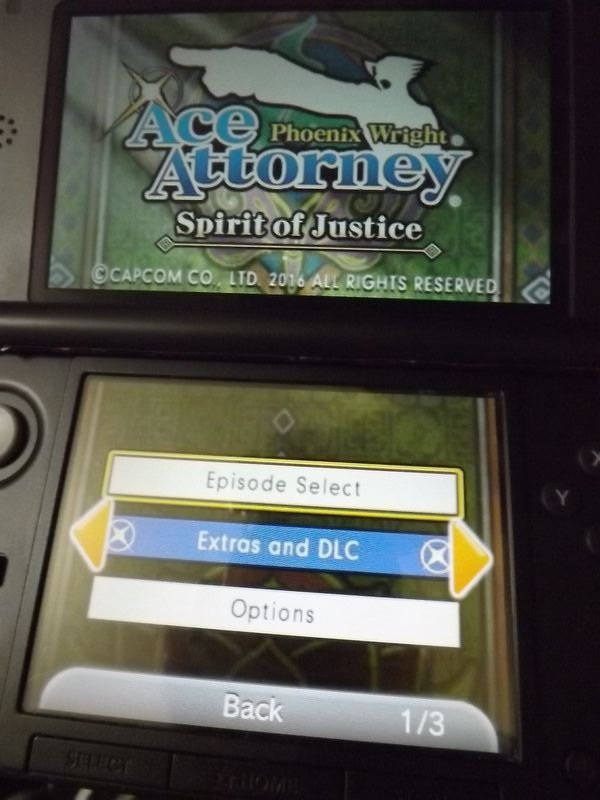 The “extras” in the last game included the anime cutscenes, illustrations, and a 3D model viewer of the various character costumes, so we can expect to see a return of those.

As for the Spirit of Justice DLC, Japan has received an extra case that takes place after the events of the main game, new costumes (some based on Capcom’s Sengoku BASARA, no less) and two smaller non-canon cases that focus on Phoenix Wright and Apollo Justice.

Phoenix Wright: Ace Attorney – Spirit of Justice will release in North America and Europe on September 8th, and a demo will be made available tomorrow, August 25th.