While Mario’s no stranger to the Olympic games due to his recurring rivalry with Sega’s Sonic the Hedgehog, this year saw something a little more involved courtesy of Nintendo’s mustachioed mascot. During the closing ceremony of the 2016 Olympics in Rio, a small video played of Mario wandering through Tokyo, the future sight of the 2020 games, in the hopes of making it to Brazil in time for the festivities. With assistance from fellow Japanese character Doraemon, Mario (whose hat featured the word “Tokyo” in place of the trademark “M”) jumped into a Warp Pipe to speed up the process.

Back at the actual stadium, a real pipe had come from the ground and out popped– not Mario, but Japanese Prime Minister Shinzou Abe wearing Mario’s hat and complete with the proper pipe sound effect. The crowd erupted and even four years ahead it looks like Tokyo’s Olympic showing will be one to remember. 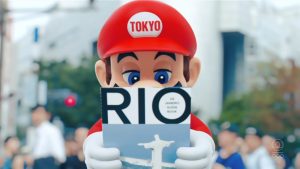 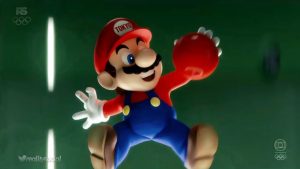 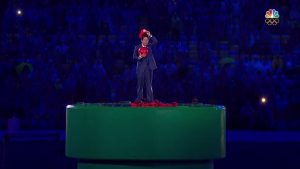 But is there a greater implication to this?

As stated, Mario has been a part of the Olympic world since 2008 when he first competed against Sonic in Beijing. Every two years since then a new entry in this series has come and gone to celebrate both the summer and winter games. As officially licensed Olympic products, this has surely lead to a good working relationship between Nintendo and the Olympic organization. Every year, the Olympics also feature a mascot, used in a way to embody the hosting city, nation, and of course the values of the games themselves. With the change to his hat and presence in the closing ceremony itself, Mario may end up the actual mascot of Tokyo’s 2020 Olympics.

This would coincide with the ongoing development of a Nintendo area of Japan’s Universal Studios theme park in Osaka. Even if a new mascot was created for the games, Mario’s presence would make sense and ensure some great moments (and merchandise) from the games. A new Mario & Sonic title will be almost a guarantee regardless– 2020 may end up being not just a great year for the Olympics, but a great year for Nintendo, too.