Nintendo once considered a Pokémon and Fire Emblem crossover title

Chances are many of you are still chipping away at Tokyo Mirage Sessions ♯FE, the very loose cross-over of Fire Emblem and Shin Megami Tensei that we thought was pretty good in our review. It turns out things could have ended up very differently though, as the first Fire Emblem crossover Nintendo proposed was instead with the Pokémon franchise. 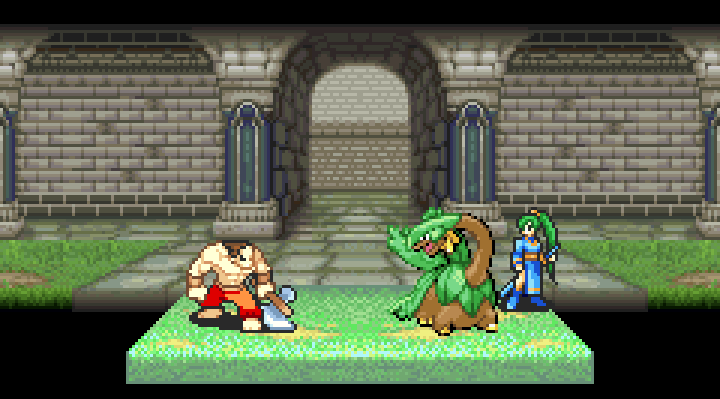 It turned out to be bad timing, however, as the Pokémon Company’s collaboration with Koei Tecmo for Pokémon Conquest resulted in the Fire Emblem plan being scrapped. Instead Nintendo approached Atlus, which eventually led to Tokyo Mirage Sessions ♯FE years later.

The news comes out of a Nintendo Dream issue that was released at the end of last year in Japan and flew under the radar. Here’s the full translated transcript, courtesy of Kantopia

Please tell us what led up to the planning of Tokyo Mirage Sessions #FE.

Yamagami (Nintendo Producer): 5 years ago, Ms. Andou proposed a plan [for a crossover], saying “You know, I think FE and Pokemon‘s rules are pretty compatible!” Though I agreed with her, by chance the Pokemon group had already proposed what eventually became Pokemon Conquest at the same time [so we were unable to follow through].

Andou (Nintendo Director): Yes, which I was in charge of too.

Yamagami (Nintendo Producer): As the plan was a secret, she was put in charge of that first. (Laughs). And then, it took her less than a week to say, “Here’s the next plan.” The new plan was a collaboration with Atlus. At that time, new games like Xenoblade and Pandora’s Tower were coming out, and, because I myself was quite interested in Atlus’s games, I figured “This could work!” At first, we made informal plans within our own small group, but…

Takata (Atlus Producer): At that time, the organization itself was undergoing changes. and it was almost impossible to deal with Atlus as a second party, and so we almost decided to give up on it. After roughtly 2 years, we heard from Hiraoka (board member at Atlus), “Let’s try to collaborate and level up by making an RPG together.” After that, we attempted to contact Nintendo repeatedly, asking “Do you want to bring that RPG to life [with us]?”

Yamagami (Nintendo Producer): We replied immediately with, “Let’s do it!” We then quickly began to draft plans for the game, still only having a rough idea of what it would be. And so, we released an image that showed, “Shin Megami Tensei Meets Fire Emblem” to the public.

In a way, a Fire Emblem/Pokémon crossover did happen to a tiny extent with Pokémon GO, as all of that game’s human characters were drawn up by Fire Emblem character designer Yūsuke Kozaki. Still, many fans would no doubt be all for a proper crossover in the future.