Feast your eyes on a new Yooka-Laylee trailer from Gamescom

The googly-eyed world of Yooka-Laylee keeps looking better and better and in the face of Gamescom news breaks the chameleon and bat duo shine once again. With another music track characteristic of the game’s pedigree (though much more menacing than what’s been heard before), the trailer serves as a tour of a few of the game’s worlds. While these have been glimpsed before much more of them are shown, along with new looks at characters, enemies, and abilities.

The main focus of the trailer seems to be Captial B’s Hivory Towers, an establishment focused on turning all literature into fat stacks of cash. The bee motif extends throughout the facility and shows off the attention to detail present in the game. A new move was also showcased, though it’s one that’s been talked about before. Yooka using his tongue to latch onto higher areas is sure to get some mileage, along with the previously seen rolling mode of transportation the duo can perform together. Probably my biggest laugh of the trailer came from a brand new enemy type: a simple pair of eyes. Well played, Playtonic.

Along with that we see another look at the icey local that was briefly glimpsed in the last trailer, this time with a new transformation form for the pair of heroes. As a snowplow, they’ll certainly be able to get around the slippery snow slopes inherent to the area. We also get a look at an underwater section, both via swimming and a move that produces a bubble for the heroes to use their more land-based actions while submerged. 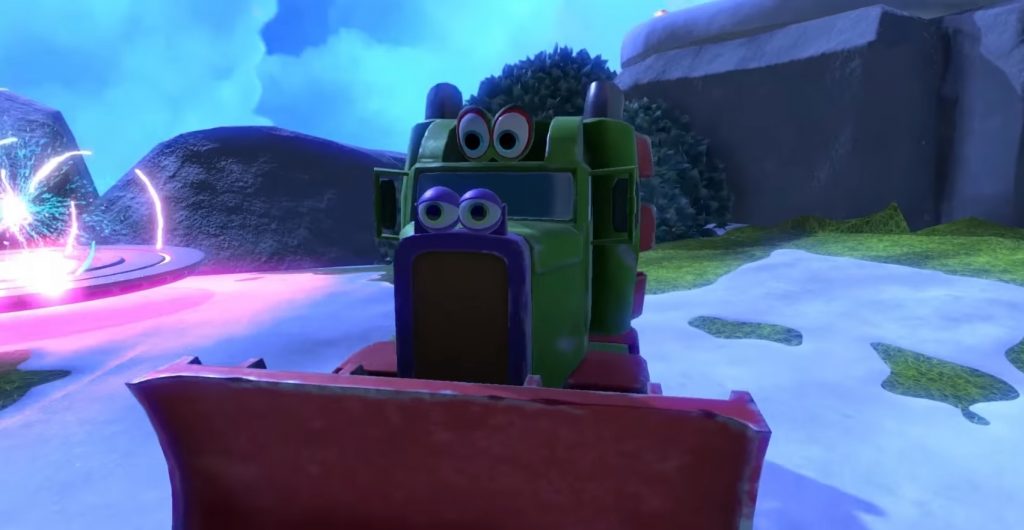 After a ride through one of the game’s mine cart sections and some sweeping shots of the previously seen and mentioned world, I was sorely reminded of the game’s delay. That said it’s only because I’m beyond excited to play this one and can’t wait to see what Playtonic’s got up their sleeves next. Yooka-Laylee will be out Quarter 1 of 2017 for the Wii U, and rest assured I’ll be playing it as soon as possible.