Axiom Verge coming to the Wii U eShop on September 1st

After a long wait the critically acclaimed Axiom Verge is finally heading to the Wii U eShop on September 1st.  In a recent blog post, creator Tom Happ describes how the upcoming launch of Axiom Verge on Wii U is a lot like coming home, as the game takes a lot of influence from classic titles that released on Nintendo’s first consoles. 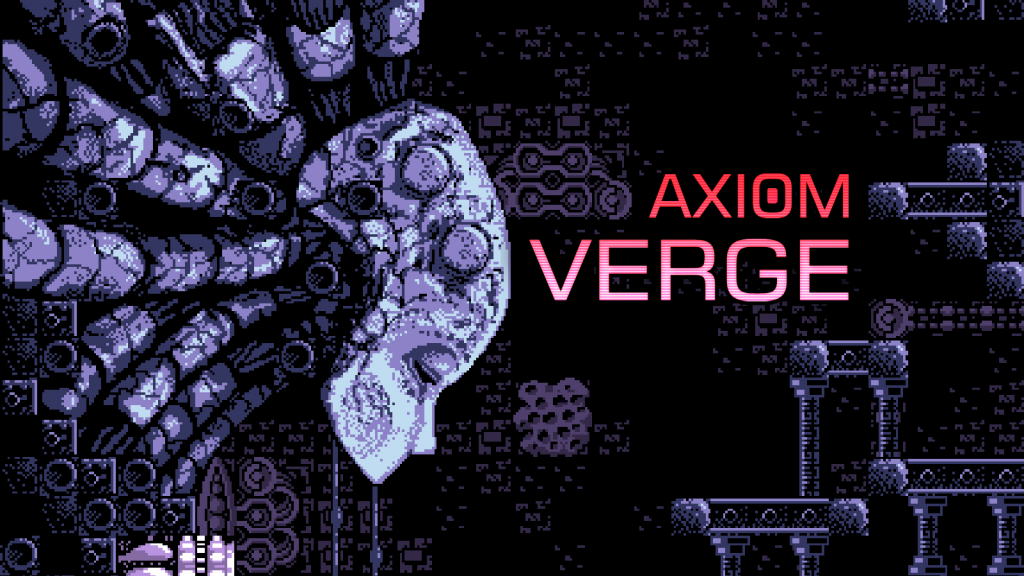 Axiom Verge on Wii U supports online leader-boards, a speed-run mode, off-screen play on the Wii U GamePad, and will retail for $19.99. You can read the full announcement below or on the official Axiom Verge webpage.

I’ve been waiting a long time to be able to say this: Axiom Verge will be coming to Wii U on September 1 in both the NOA and NOE regions!

When I first announced Axiom Verge about 4 years ago, there was tremendous excitement from Nintendo fans who had been waiting for years for a true 2D Metroid-style action/adventure/exploration game. Because of some technical issues, however, I wasn’t able to launch it on a Nintendo platform straight away. Some people were understandably upset:

The Nintendo games of my childhood are what inspired me to make Axiom Verge. Metroid is probably one of the more obvious influences, but it’s actually a lot more than that. Axiom Verge actually started out as an exercise in game design. I wanted to deconstruct my favorite games from my youth and see what would happen if I took the best elements of each and put them together. The Bionic Commando’s grapple hook and Rygar’s Yo-Yo in the setting of Blaster Master and Shatterhand. I wanted to see what would fit together – and just as importantly what wouldn’t work.

But the influence of the olden times doesn’t end there. Remember glitches that would show up in the game if dust got in the cartridge? Remember Game Genie?

I used to love playing around with that thing. I used to love seeing what would happen if I started up one game and then swapped out the cartridge. It used to fascinate me as a kid that I could walk through a glitched wall into an area that was never intended to be seen. Or I could make enemies behave in strange ways. Sometimes it would freeze the game, and sometimes it would do something useful, but I just loved being able to experiment with all of that stuff. So I included glitching as a primary mechanic in the game.

There’s also another deep connection between Axiom Verge and Nintendo. Dan Adelman, who’s been working with me on the business and marketing side of Axiom Verge for almost 2 years now, was the one who started up the indie games business at NOA about 10 years ago. He’s helped tons of indies get their start from World of Goo to Cave Story to Shovel Knight.

So for so many reasons, Axiom Verge truly belongs on a Nintendo platform. It was only because of Blitworks’ amazing technical skill that we were able to make that happen, and I’m grateful for their work on the pixel-perfect port. Even though the game’s been out for a little while on other systems, the Wii U version is probably the best one. It’s the only console version to support leaderboards for the dedicated Speedrun Mode. And the Wii U GamePad will allow people to have the world map viewable at all times without pausing the game – or to play Off-TV.

It’s been too long in coming, but Axiom Verge is finally home.