Yet another batch of Nintendo patents has landed, but this time around they really stand out in light of recent rumors regarding the Nintendo NX.

The first two of these patents expand on the infrared tracking technology that was patented by the company back in March. This time around, however, we get a clearer idea of the actual application of the technology with some illustrations. A handheld device would have infrared sensors on the side which could read gestures and the positioning of the player’s hand by beaming out infrared light. One of the most basic use cases is rock, paper, scissors: 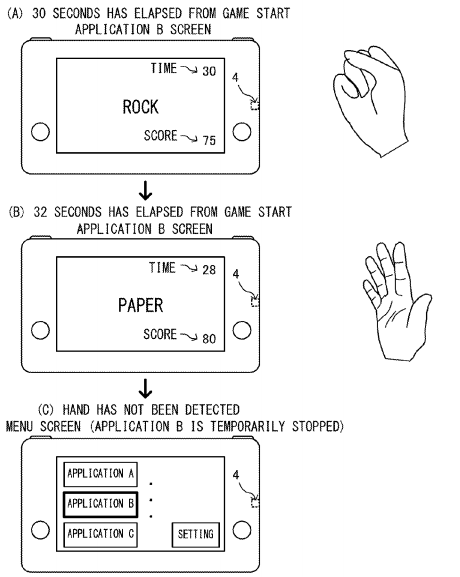 Other use cases shown are of a fanning motion, rotating your fist as if moving a lever, and flicking. Even three dimensional mouse cursor movement is accounted for, with an image that can’t help but bring to mind Animal Crossing furniture management. 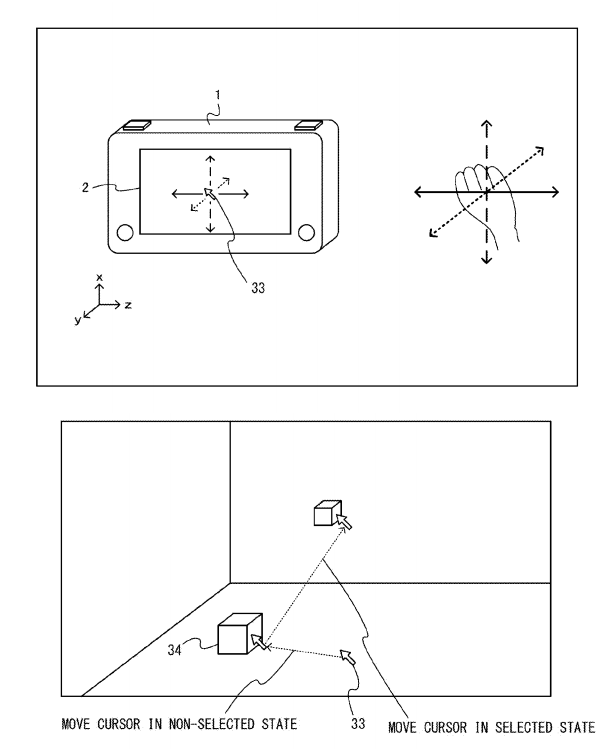 A game that’s even more explicitly referenced is Mario Kart, with another image showing off how steering could be done with hand gestures. 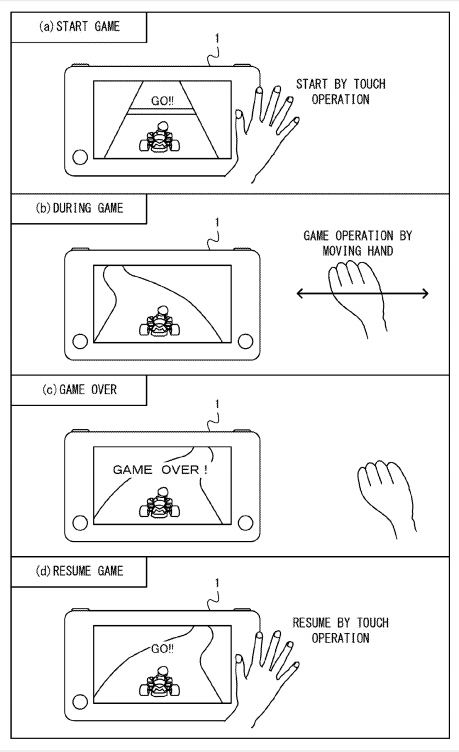 The most noteworthy patent is the third one, however, as it features what was rumored by Eurogamer just a few weeks ago – detachable controllers. Using the same device seen in the prior two patents, this one describes accessories that could be attached to its side. 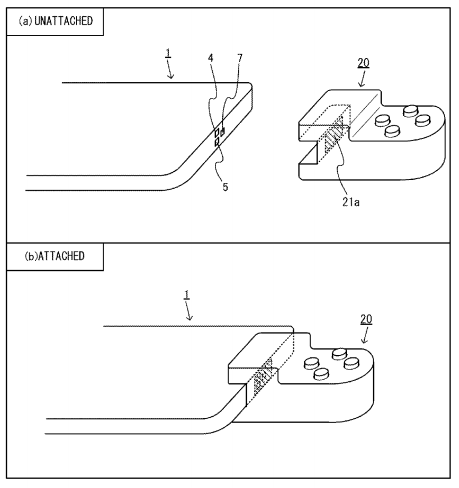 By attaching accessories on top of the infrared sensor it is theoretically possible to have buttons that don’t need power, which would definitely cut down on costs. The infrared sensor would pick up on the minute movements of each button, which explains why the button on the far side is depicted with a longer base; otherwise it would be obstructed.

To give an example of how the sensor could also pick up on analog movement the patent also shows a knob being turned, a basic example which shows that it’s possible.

Other intriguing things are mentioned in the patent, although they aren’t illustrated. For one, there is a light alongside the infrared sensors which would project “text, an image, etc., onto a projection plane (a screen or the hand of the user).” GPS tracking is also described, as is a geomagnetic sensor.

While these patents are definitely interesting, especially given how they line up with the prior Eurogamer rumors, there are multiple potential issues. For one, latency could be a problem when it comes to infrared reading button inputs. It’s also possible that the money saved by making the accessories void of internal power could be offset by the price of having two infrared sensors on either side of the system. If also works against the idea of the detachable controllers being used for local multiplayer action anywhere, as they would no longer be able to be read by the infrared sensors once removed from the system.

As with all patents it’s also worth noting that not all patents come to fruition, and even if they do it’s very rare that the final product looks much like the early concepts. Check out our previous article on Nintendo’s peculiar patent history to see some examples.

We’ll be sure to bring you more news on Nintendo’s next project as it becomes available.