Nintendo of America has announced that five brand new Wii U game/amiibo bundles will be released in North America on September 9th! 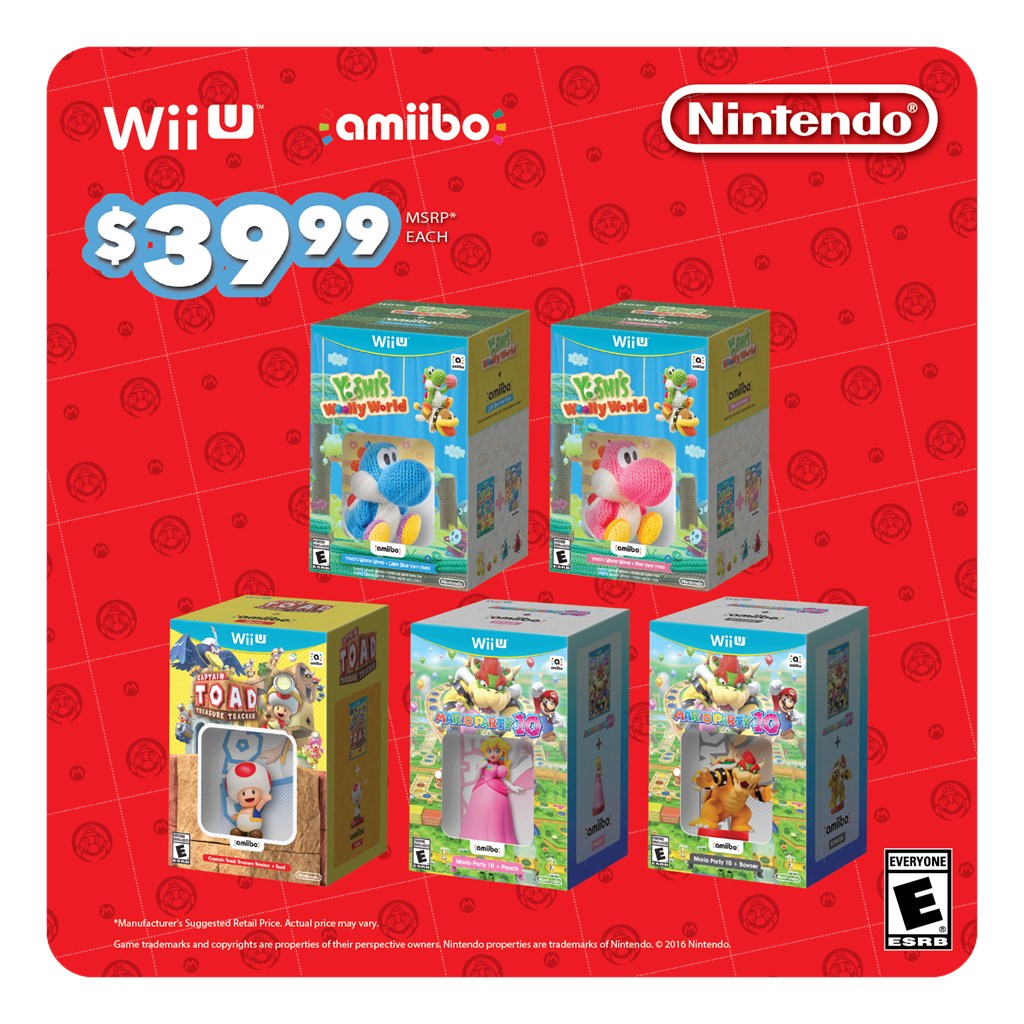 For only $39.99, you an pick up a Yoshi’s Woolly World amiibo bundle with either a blue or pink Yarn Yoshi amiibo, Captain Toad Treasure Tracker with a Toad amiibo; or a Mario Party 10 amiibo bundle with a Princess Peach or Bowser amiibo. Not a bad deal!

Pre-orders are live on Amazon now!