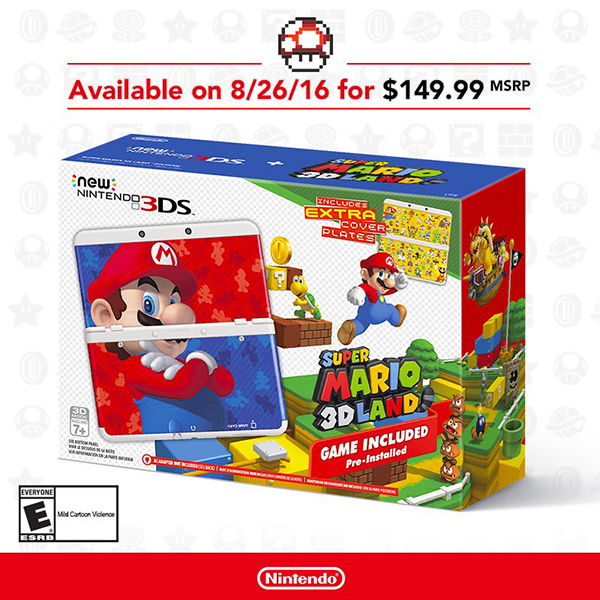 The bundle includes a white New 3DS, two interchangeable cover plates, and a pre-loaded copy of Super Mario 3D Land all for the low price of $149.99!

You can read the press release below: