Welcome back to the Smash Seminar! In this series I’ll be introducing readers to the world of competitive Smash through articles on history, characters, players and more, in the hopes of getting more people involved in the competitive scene. Whether you wish to be a casual observer or a future champ, I hope this series offers a good way to get a grasp on what makes professional Smash so special.

Last time we talked about the Melee metagame, and this time around we’ll be doing the same for Smash for Wii U, commonly known as Smash 4. Just as with Melee, we’ll be covering ruleset, stages and characters. However, keep in mind that Smash 4 is a much younger game compared to its GameCube counterpart – it hasn’t even been out for two years, and as a result has a much less firm and established meta. Even so, we’ll try to provide the most accurate data we can. So let’s begin!

Smash 4 shares a number of rules with Melee – no items, no stalling, counterpicking, number of games in a set, etc. But there are a few notable differences, which are listed below:

Otherwise, Smash 4’s ruleset is fairly similar to Melee’s, so check back on our last piece if you need a refresher. 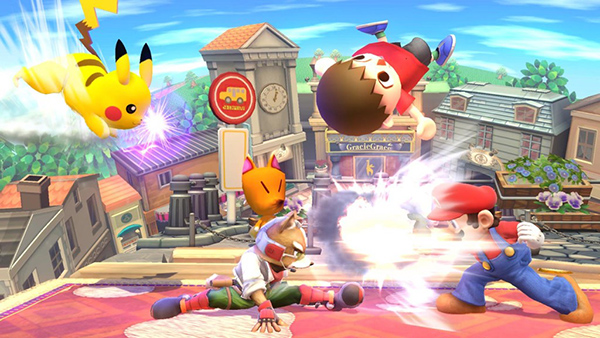 While Melee has had its six legal stages set in stone for quite some time, Smash 4’s picks of stages tend to be much more volatile. There are around seven or so that are near universally seen, and around fifteen have seen tournament usage somewhere. Still, the vast majority of stages within the game are banned, and most choose to fight on only the most popular ones. Let’s check them out.

Making an appearance in its fourth Smash game (though technically third in terms of multiplayer), Battlefield is that same solid three platforms known and loved throughout the community, and is considered a fairly balanced stage. While not the absolute favorite of everyone, it’s a legal starter in every tourney and is set up against a gorgeous backdrop. Some tourneys also allow the Miiverse stage as an equivalent, while others do not. Sadly, none of the quality posts show up during matches, due to the fact that internet connectivity is never established. 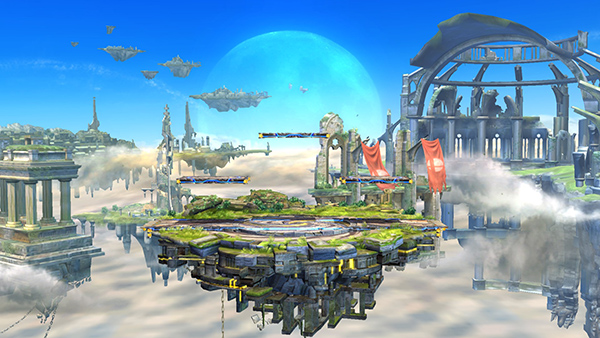 The classic flat platform, set before some sort of apocalyptic world ending event, FD makes its return once more, and once again favors projectile users. There’s no hazards to speak of, though the background can be a bit blinding at times. Similar to the Miiverse rule, some tourneys allow certain Ω Form stages in place of FD, though many do not. 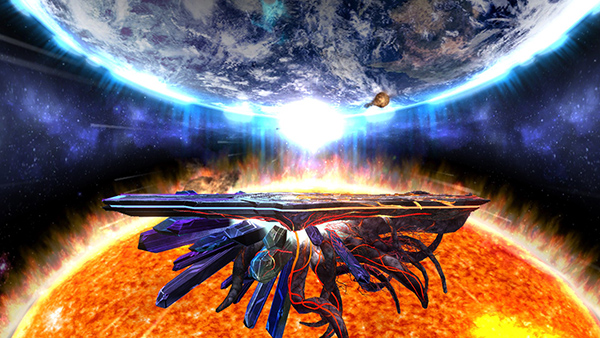 First appearing in Brawl, this is considered to be the finest competitive stage in the entire series. Featuring a single moving platform and a layout that offers a good mix of horizontal and vertical space, Smashville combines the better aspects of FD and Battlefield into one sweet package. The music may not be the most intense, but this tends to be by far the most popular stage to play on in tourney, and is a universal starter. 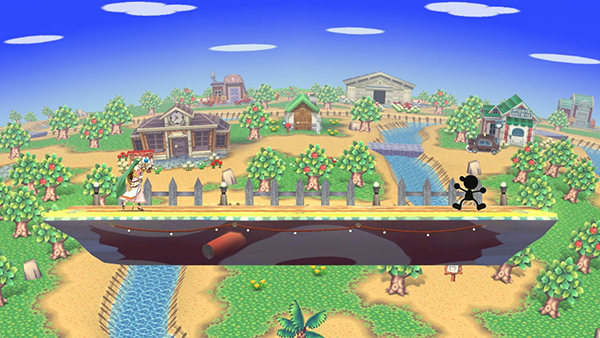 This classic has made its return after skipping Brawl. While Whispy Woods puffs of air can serve as a distraction, the stage is notable for its changes from Melee and 64 – namely, that its blast zones have shrunk to around Battlefield sizes, while the platforms are still wide and spacious. This favors characters with vertical finishes, as the top platform is much closer to the ceiling than in Battlefield. For the first time, Dream Land is not a universal starter (though it often is), occasionally being reduced to the counterpick category. 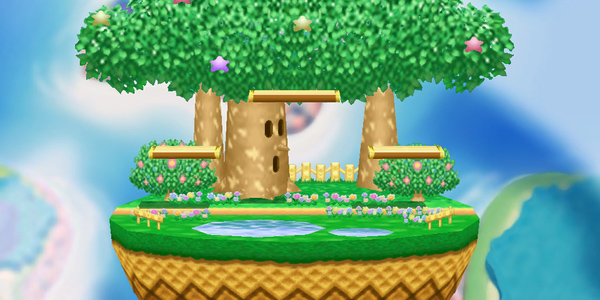 The other Animal Crossing stage bares some similarities to Smashville, notably the lack of hazards and moving platforms. Unlike Smashville, Town and City has a low ceiling, and the platforms move off stage during transitions, meaning it’s possible to fish for early KO’s off the top or side with the right set up. Like Dream Land, it’s a common starter, but occasionally a counterpick. 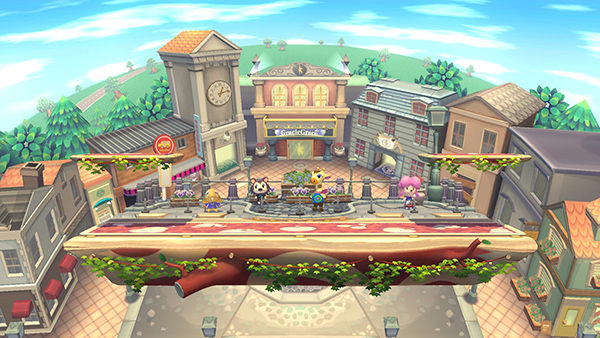 A three platform stage a la Battlefield, but with a couple of key differences. The platforms are on a more level height, the stage occasionally has a soft tilt to one side or the other, and recovering can be a bit of a mess due to the wonky ledges that are easy to get trapped under. Probably the jankiest of common tourney legal Smash 4 stages, and tends to be a counterpick more often than a starter, though it’s pretty much universally legal. 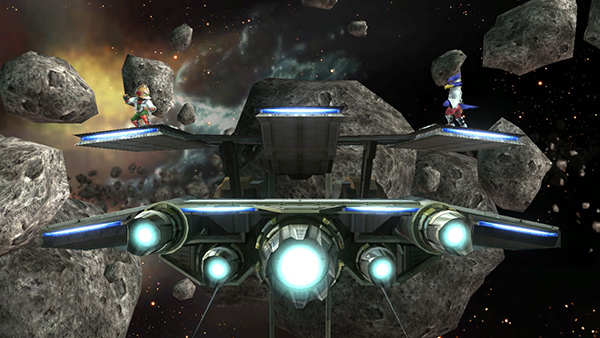 The only stage in the ruleset that’s a universal counterpick, Duck Hunt is the “run away” stage of the game, with large blast zones and a tree players can scurry up to stay away from opponents. While there are no hazards, there are a couple odd gimmicks involving the grass and the ducks which have the potential to slightly affect the outcome of the match. Expect matches here to be somewhat drawn out and requiring a lot of patience. 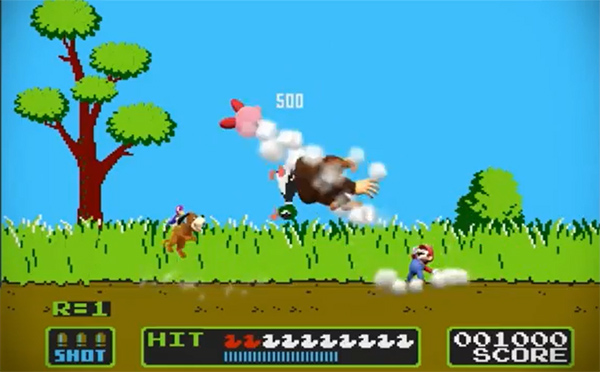 There are a multitude of other stages that are considered for counterpicks at tournaments: Castle Siege, Delfino Plaza, Halberd and Umbra Clock Tower are decently common, while Kongo Jungle 64, Skyloft and Wuhu Island are rather rare. The legality of these stages usually involve the fact that they transform, but are relatively free of intrusive hazards (Halberd being an exception, though it’s obstacles are fairly easy to avoid). There’s other factors at work too, but chances are games will be played on Smashville a hundred times more than these.

As previously mentioned, all other stages are banned, due to their size, hazards, or something else that makes them unsuitable for a competitive environment. Unfortunately, the Great Cave Offensive doesn’t make for particularly great, fair play. Though it is fun with friends.

This article ran a bit longer than expected, so it’s been split into two parts. Check back next time when we’ll cover the characters that dominate in Smash 4. Until then, stay Smashing!