The site has also included new information about how the ring will interact with the game. The Z-Ring will interact with Pokémon Sun and Moon by allowing players to preform a Z-Move when a corresponding crystal is inserted into the ring. The Z-ring will also be usable in a Role-Play mode that allows players to battle friend without a 3DS. The Z-Ring accessory will launch on November 15th 2016, 3 days before Pokémon Sun & Moon arrives on U.S. shelves.

Check out all the details below! 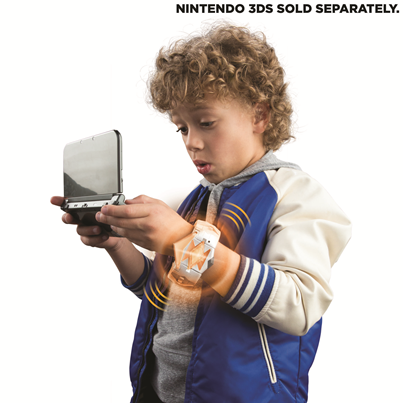 Experience the world of Pokémon in a new way with the unique POKÉMON Z-RING and Z-CRYSTALS! Compatible with the latest video game titles in the POKÉMON series for Nintendo 3DS Family Systems: Pokémon Sun and Pokémon Moon, the Z-RING can interact and synchronize to enhance the game play experience with new Z-MOVES! In Nintendo 3DS/2DS Mode, Z-CRYSTALS are used in the Z-RING to react simultaneously to the devastating Z-MOVES in the video game with sounds, lights and vibrations! Each Z-CRYSTAL represents a different element type. When an Electric-type Z-CRYSTAL is inserted into the Z-RING, this exciting interactive feature enables players to feel the Electric-type Z-MOVE at the same time as it appears in the video game! Insert different type Z-CRYSTALS into the Z-RING to experience the colors, vibration and sound effects for each.

The POKÉMON Z-RING can be used without the video game in Role-Play mode! Bring the battle play to life by pressing the button on the Z-RING to experience the different colors, lights and vibration with each Z-CRYSTAL! The Z-RING can hold up to six additional Z-CRYSTALS with the active Z-CRYSTAL in place.

When synchronized in Nintendo 3DS/2DS Mode and with the Z-CRYSTAL element type matching the Z-MOVE type performed in the video game, the type based attack icon will appear automatically and players will be able to hear the dedicated type attack sound.

It has been announced that Tomy International will be making a special Z-Ring accessory, which will launch alongside Pokémon Sun and Moon. 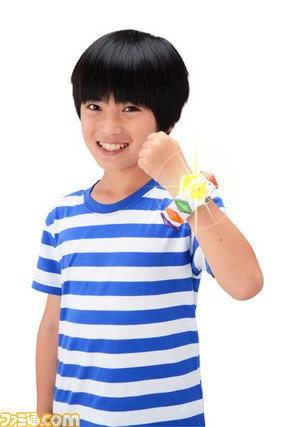 This ring will be made to interact with your 3DS, lighting up, vibrating and playing sounds each time you perform one of the just announced Z-Moves in battle.

The base Z-Ring set comes with the Electric Z-Crystal and will sell for 2,600 Yen, or around $26. There’s also a Z-Ring and Z-Crystal Special Set that’s 4490 yen/$45 which includes a Z-Crystal collection board and the Electric, Fire, Grass, Water, Fighting, and Normal crystals.

Other volumes of crystals will be released separately, with Vol. 1 including Steel, Rock and Poison crystals, and Vol. 2 covering Ghost, Dark and Bug. Each of these standalone sets will be 599 Yen, or roughly $6.

Expect more info regarding this new Z-Ring from Tomy International as we move closer to the release of Pokémon Sun and Moon, we’ll be sure to cover it right here on Nintendo Wire!