Strummin’ up fun with Yooka-Laylee’s Toybox

Starting up the Yooka-Laylee Toybox on PC was equal parts something brand new and something supremely familiar to me. Having grown up on the likes of 3D platformers including, but not limited to, Super Mario 64 and the more related Banjo-Kazooie, I knew exactly how to control this new duo. 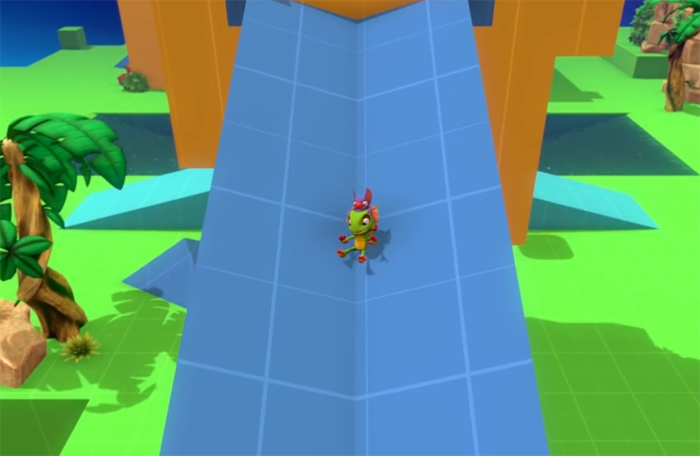 I immediately tested crouching and what actions I could do out of that state and was greeted by moves that wouldn’t feel out of place in a Banjo game but with a life all their own thanks to the wonderfully animated titular characters. To high jump Yooka leans back to spring off of his chameleon tail, with added hangtime supplied by Laylee’s bat wings. Faster movement unhindered by slopes was provided by Laylee balancing on a balled up Yooka, making travel around the VR-grid styled environment a breeze. I already adore these two from their idle animations to their “voice” samples, and they’re the most polished portion of the Toybox.

As it’s a pre-alpha playground I wasn’t expecting much in terms of environmental visuals and what’s there is primarily basic geometric shapes. That said, certain elements, such as palm trees or archways, give a hint at what to expect in the final build and I’m excited to see what a fleshed out world will be like. Other than a robotic NPC brimming with personality there was no one to interact or enemies to fight. I only have access to the basic Toybox so there’s a chance there’s a bit more to the version that was given to higher backers, as a menu option for a combo attack was listed for “Toybox +” only.

What was at my fingertips were sectioned off obstacles and puzzles to tackle at my leisure, with the overarching goal being the collection of one hundred quills. These floating feathers appeared most analogous to Banjo’s music notes, and as progress is unable to be saved in the Toybox the sense of needing to get all of them in one go was intact as well. The first time I grabbed one it even introduced itself to me, a nod to Playtonic’s Rare history, and only spurred me on to get them all to receive the final reward: a pagie, a sentient book page serving much the same as a Mario 64 star or B&K jiggy. There’re secret rooms to discover once you’ve finished the detailed objective too, including a final reward that’s a bit more substantial. 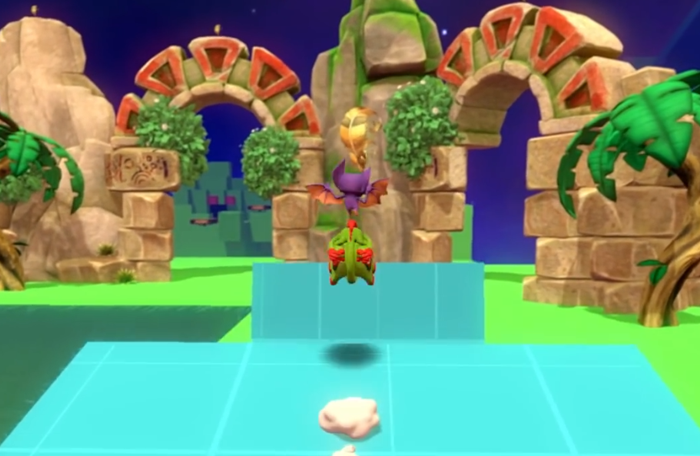 No quills were too out of the way, with thorough exploration leading to the full collection and the final googly eyed collectable. That doesn’t mean it was all too easy, mind you. While the characters control serviceably there were a few spots where the camera, a 3D platformer’s worst enemy, occasionally proved troublesome. Likewise it took a bit of trial and error to get the hang of the game’s jump arcs, heights, how much extra hang time I can manage, and other first time follies. Once I felt more comfortable there was nothing that could deter me from collecting them all, with bottomless pitfalls only leading to a simple restart and a little backtracking to return to the tough spot.

Since it’s only available to those who backed the game and via Steam at that, I can’t recommend ‘getting’ the Toybox. On the other hand, if you have the chance to try it and simply haven’t yet, what’re you waiting for? Anyone with access is already committed to purchasing and playing the game, though I hope having the Toybox in the wild drums up more interest in this premier Playtonic project. As for me, it’s done its job: somehow getting me even more excited for Yooka-Laylee than I already was.