In just over two weeks, somebody caught ‘em all in Pokémon GO. Trainer Nick Johnson says he’s already caught all 142 available Pokémon while roaming around Brooklyn.

After catching 135 Pokémon in the first week, Johnson realized he could be the first one to actually catch ‘em all. Near the end of his adventures to find the last few creatures, he was out searching until four or five in the morning. Despite pouring hours and hours into Pokémon GO, Johnson was able to maintain his normal lifestyle; working nearly 50 hours a week and spending time with his girlfriend. 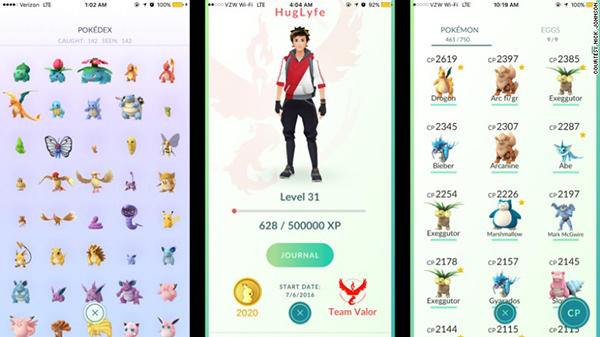 Nick isn’t quite ready to put the Pokédex on the shelf yet, as there are three Pokémon not available in the U.S. He’ll have to travel to Europe to get Mr. Mime, Japan to catch Farfetch’d, and he can choose between Australia and New Zealand to capture Kangaskhan.

The completionist catcher is in luck though, as Marriott Rewards has offered to partner with him throughout his international journey. Before he travels abroad to find the remaining creatures, Nick says he’s looking forward to getting a little more sleep.