A brief hands-on impression of Darkrai in Pokkén Tournament

Darkrai, the Pitch-Black Pokémon, has entered the ring in Japanese arcades. Announced for the arcade version of Pokkén Tournament less than a week ago, this Dark-type Legendary comes to the game alongside the previously console-only Garchomp, Braixen and Shadow Mewtwo. Thankfully, I just so happen to be in a position to test out this new fighter, and after a quick trip, I was pumping yen into the arcade cab to try and wrap my head around this new combatant.

The location I was at had plenty of material up to show off the new content and it’s clear Darkrai was the star of the show. With signs, pop-on flyers, and splash screens within the game itself, it was natural to be curious about his inclusion even if I hadn’t known about it ahead of time. Once I stepped up to the machine I was even greeted with a small booklet featuring abridged movesets for every Pokémon in the game, with Darkrai’s on the very first page. Add all this presentation to how well-done his design comes across in the fully-3D Pokkén style and you’ve got a visual draw that can’t be beat.

That’s not the only field where Darkrai comes out on top, as the character feels both powerful and technically satisfying to play as. I won’t claim to be fantastic at Pokkén nor did I figure out everything Darkrai could do, but with a quick movement speed and a varied assortment of moves and ranges on them, it felt like I had an answer for everything at any given moment. That said, the fighter felt lacking in respect to the kinds of ranges Chandelure or Suicune can reach with their beams and projectiles. Darkrai makes up for this with moves that can be placed on the arena as traps, meaning with Darkrai, it’s less about zoning and more about controlling space to get in for its mid-to-close range, harder-hitting attacks. 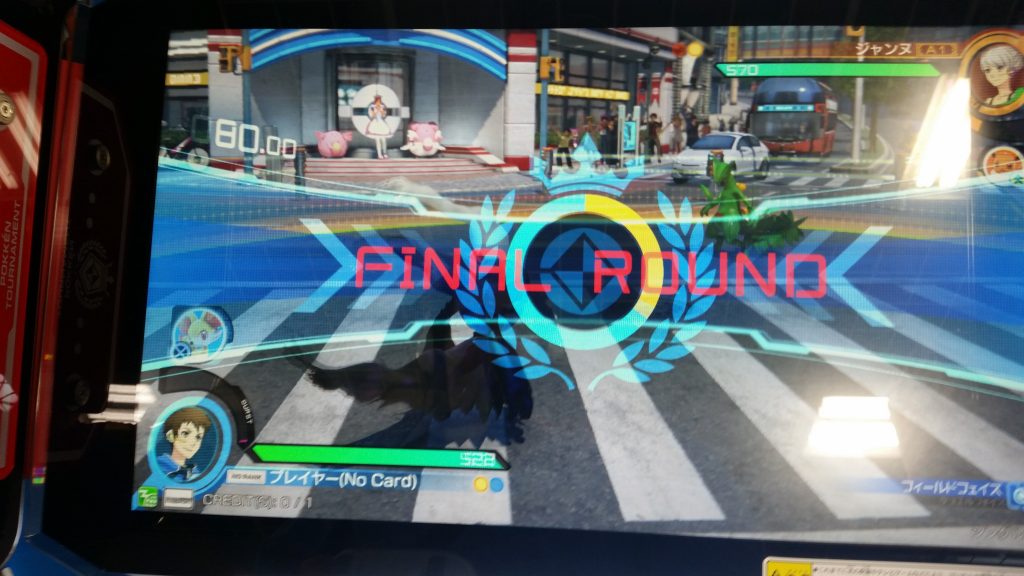 Between Field and Dual Phase, Darkrai came up as much more geared to the 2D plane. Once it Phase Shifts, the activation of Dark Void, its signature move, becomes a factor. By activating Dark Void, the entire screen inverts its colors, save for the opponent’s Pokémon, assists and the HUD. I couldn’t immediately figure what Dark Void exactly did, but it’s something you choose to activate. That said, nothing in the display made me think it was draining resources, meaning you can use it with impunity. That’s my assumption, at least, and maybe I just wasn’t catching its limitations. Darkrai’s Burst Attack was always visually exciting and can hit airborne enemies, as well. This will allow it to control the nearby aerial space fairly well once it activates Burst. That said, I couldn’t test the spacing on it too much in the time I got to play, nor could I test if it’s unblockable.

Some of Darkrai’s moves fire dark projectiles, though at angles that are focused and meant more as follow-ups or combo extensions. One of my favorites was a further-than-normal-reaching arm attack that ended in a burst of energy, knocking my opponent back and away when I needed to get some space to catch my breath or start laying projectile traps. Darkrai also had a move built for cross-ups, where it covers itself in a swirling, dark aura in the air. The move seemed to turn all of Darkrai into a hitbox, making it extra ambiguous based on spacing. Darkrai’s chargeable attack has the character corkscrew forward, meaning that while it can tank a few hits as it charges, you need to release at just the right moment or you could put yourself in a very dangerous situation. Likewise, I couldn’t seem to find many longer combos, but chalk that more up to my inexperience and it being the first time I was playing the character. They were there, as universal Poké-combos are a mechanic for everyone on the roster, but I’ll need more time in the lab or a full move list to really crack what Darkrai can do.

All in all, I had a lot of fun playing as Darkrai. It fits Pokkén well and, while it wasn’t one of my top choices to be added, I can live with its inclusion and may actually devote time to the character if and when it makes its way to console. Darkrai had a lot of tools and options with a tricky play style, though not to the level of, say, Gengar. That said, execution doesn’t seem to be a problem for Darkrai, either, meaning it’s all about knowing your options and when to best cover a given range. Its addition won’t be enough to get me to drop Chandelure, but it’s sure to please fans of the game and of this mythical, menacing Pokémon.