What the heck is the Pokémon GO Plus?

It’s been over a week since Pokémon GO entered the lives of those living in the U.S. and it’s blasted off faster than Team Rocket in a hot air balloon. Millions of people have taken to the streets with the hope of finding rare Pokémon and achieving their childhood dreams of being a Pokémon Master.

While Pokémon GO has seen its fair share of bugs (not just Caterpie), the promise of making the game even easier to use through the upcoming wearable, Pokémon GO Plus, have trainers everywhere refreshing Amazon and GameStop, praying for a restock. But what will Pokémon GO Plus really do, and how can wearing this Bluetooth-enabled bracelet really change the game? Let’s dive into what you can expect from the Pokémon GO Plus when it launches later this summer.

The biggest draw to the Pokémon Go Plus is notifications. The LED in the center of the Poké Ball will begin to blink and the device itself will vibrate when a monster is nearby. If it’s a Pokémon that you’ve already encountered, simply press the button on the device to attempt to catch it. No need to look at your phone! However, if the Pokémon is one that you have yet to catch before, taking your phone out is still required to catch it. While this is definitely a convenient way to catch Pokémon, I have to admit that it takes some of the charm away from the experience.

The Pokémon GO Plus will also alert the player via a flashing LED and a vibration when Poké Stops are nearby. Just tap the button to search the stop for items like Poké Balls, Potions and eggs. At the moment, it’s unclear if the items can be collected without taking out your device – but it would make sense if that’s the case. 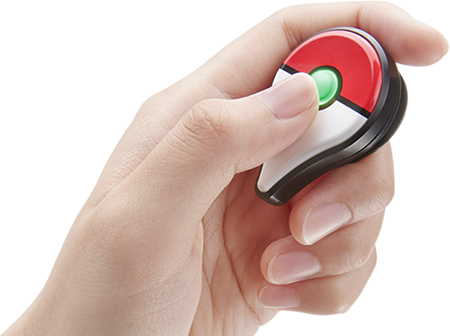 The big question on everyone’s mind is, “Does the app need to be running in order to use this device?” The answer to that is currently unknown – but likely, yes. No official information has been released thus far by The Pokémon Company or the game’s developer, Niantic, on what’s required to use this device, but currently, Pokémon GO asks that the app be open in order to capture steps, catch Pokémon, and collect items from Poké Stops.

Honestly, it’s hard to know just what Pokémon GO Plus is really capable of doing until it lands on the wrists of players. While the idea of being able to catch Pokémon and collect items by simply tapping a button might sound like a worthwhile investment, if the device requires the app to be open to function, owning one might seem… unnecessary. Still, if the Pokémon GO Plus somehow finds a way to do those things while the app is running in the background, it’s a no-brainier for any aspiring trainer that owning one is a definite must!

Stay tuned to Nintendo Wire for more Pokémon GO Plus info and coverage as it becomes available!