The 19th Pokémon movie is now being shown in Japanese theaters, and as a result plenty of audience members are getting their hands on the exclusive Magearna Ga-Olé card, which comes with a QR code that can be scanned in Pokémon Sun and Moon to obtain the Artificial Pokémon when the game launches later this year. 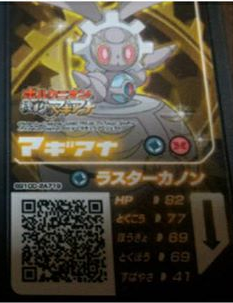 According to Serebii, all of the Magearna cards have the exact same QR code and will be region locked to Japanese copies of the upcoming game. As a result the QR codes are essentially a physical version of the shared serial codes the Pokémon Company has been using for years.

The official western Pokémon Sun and Moon website does say Magearna will be made available in other regions via QR code too, but it’s probably unlikely we’ll see Ga-Olé make its way overseas, given we never saw it’s predecessors, Battrio and Tretta. We’ll be sure to let you know as and when the Magearna distribution method is announced!