Ever since Sonic’s 25th birthday party kicked off, it seems like new Sonic merchandise has been revealed nearly once a week. This week is no different, as guitar company ESP has announced a partnership with SEGA to produce Sonic and Shadow themed guitars!

The guitars are the same model as the ones used by the band Crush 40 -famous for recording many Sonic songs- and their lead guitarist Jun Senoue. 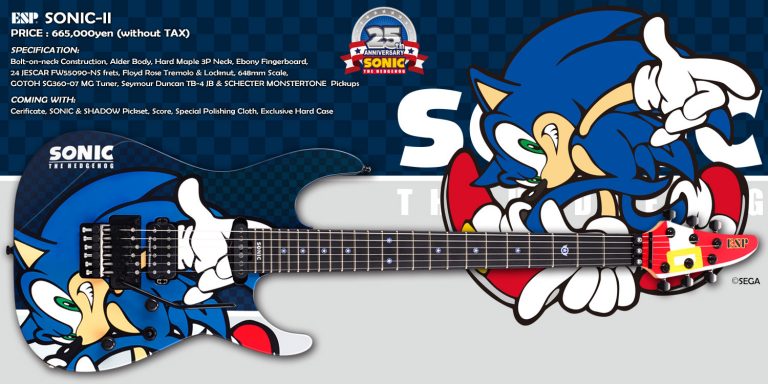 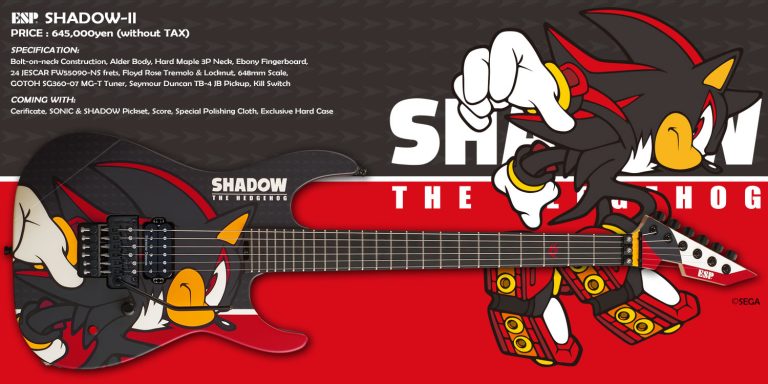 Currently exclusive to Japan, the new instruments will do quite a number on your wallet. The top-end model costs 645,000 yen, roughly translating to $7000, while the “budget” model is priced at 165,000 yen, about $1800. More information can be found on the official ESP Guitars website. 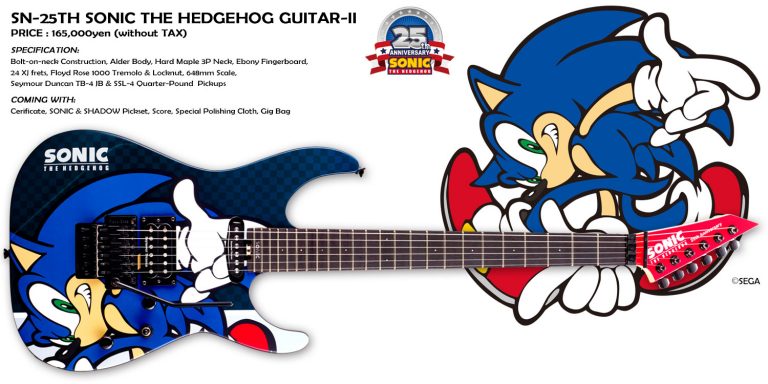 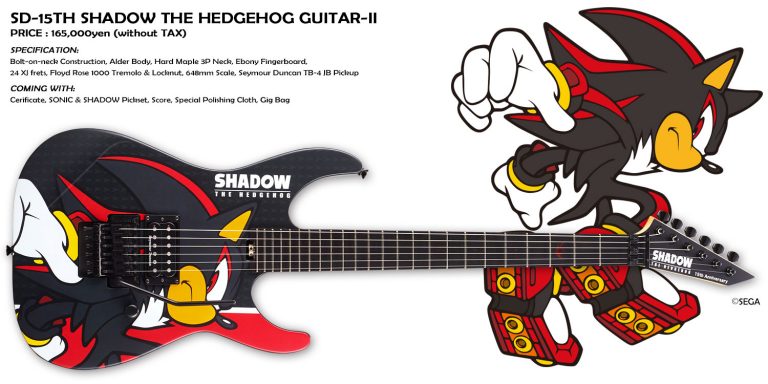 We can only hope that SEGA is spending as much time working on that new Sonic game as they are promoting new merchandise. We’ll find out very soon, as the 25th Anniversary party is taking place this Friday, July 22nd. Sonic Team is set to reveal the new project at the celebration!