Images leaked from this month’s issue of CoroCoro have revealed two new Pokémon slated to make their debut later this year in Pokémon Sun and Moon.

The first, Kiteruguma, is a pink-and-black bear-like Pokémon with Normal/Fighting-typing and two abilities: Fluffy and Klutz. 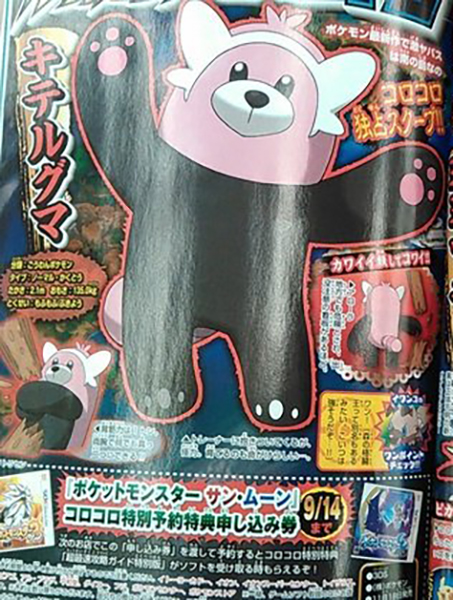 The second, Mimikkyu, is a Ghost/Fairy Pokémon – a unique type combo – with the ability Disguise. 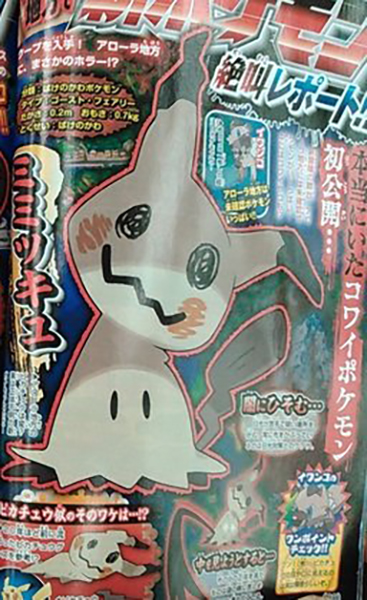 According to Serebii.net, the descriptions of these Pokémon are as follows:

“People in Alola are scared of Kiteruguma to the point of having warning signs about it. It is really strong and can break anything in two. It likes to hug its trainers but is strong. Raising one puts your life in danger.

Mimikkyu hates sunlight, preferring dark places. It is rumored that the cloth covering its body is a strategy to avoid the sun. Don’t try to remove the cloth — it is said that those that do become afflicted with an illness.”

Stay connected to Nintendo Wire for more news about these Pokémon as it breaks!